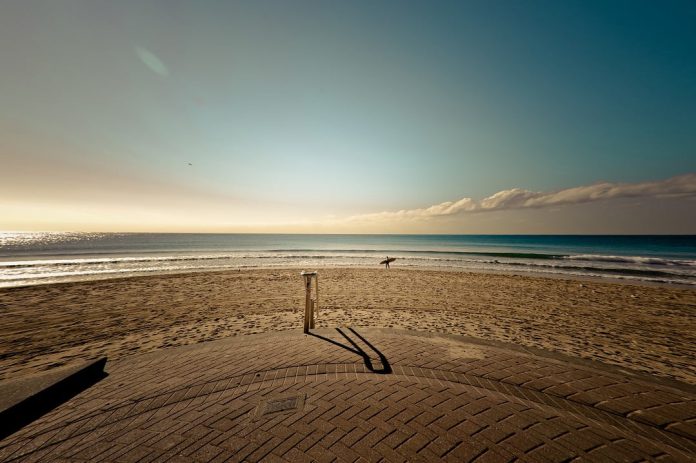 Manly Council is using 100 Mobotix cameras along with Mobotix software solutions, including MxControlCenter and MxActivity Sensor firmware, which combine to form a system of flexibility and power.

PERCHED on a beautiful peninsula 7 nautical miles north-east of Sydney, is the suburb of Manly, land of the Guringai people. Incorporating Manly Beach and with the stunning Northern Beaches region on its doorstep, this coastal municipality boasts a perfect combination of world-class surfing, heritage buildings, and a vibrant and bustling town centre. It is a highly attractive residential location and tourist destination alike, welcoming around 6 million visitors each year. 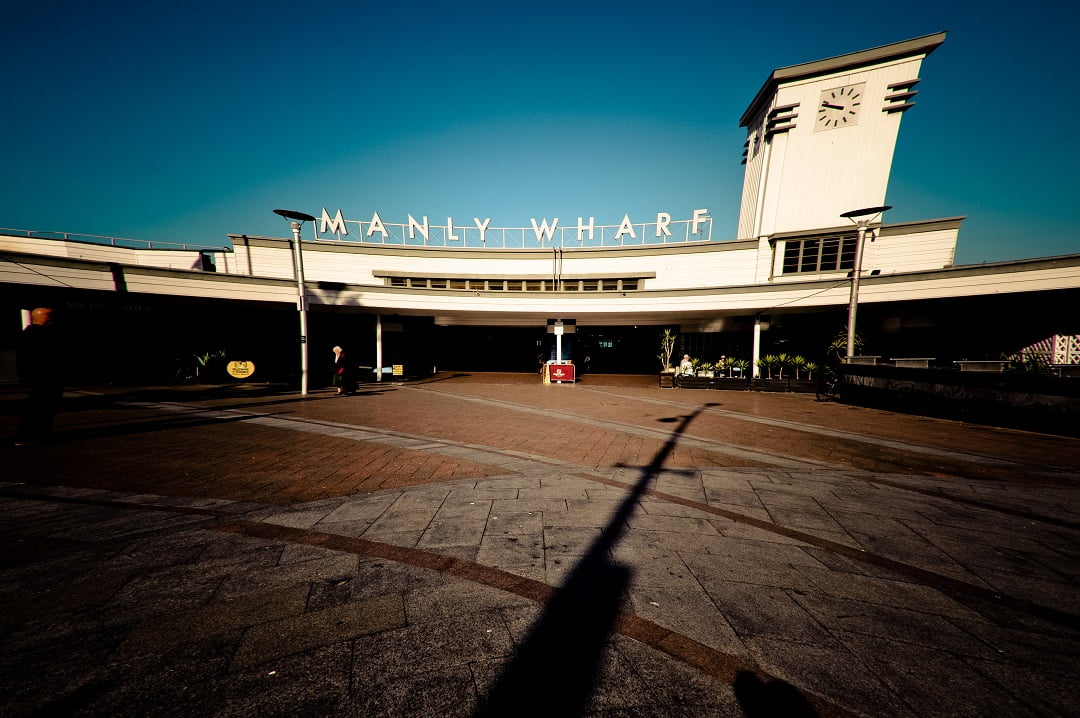 However, in more recent times, Manly had become famous for all the wrong reasons. The lively entertainment precinct is a social hub, not only for locals, but also for holidaymakers, backpackers, and young people from the surrounding areas. In recent years, serious concerns about increasing levels of anti-social and violent behaviour, much of it alcohol-related, led Manly Municipal Council to install CCTV.

After close consultation with the local police force to identify trouble spots, the reins were handed over to the council’s IT department who then developed the system. There are now more than 100 Mobotix cameras in place throughout the suburb. In a coastal area such as this, it’s simpler to monitor remote areas thanks to the Mobotix MxActivity Sensor firmware, which comes standard with every camera from
the 4.1.6 firmware upwards. 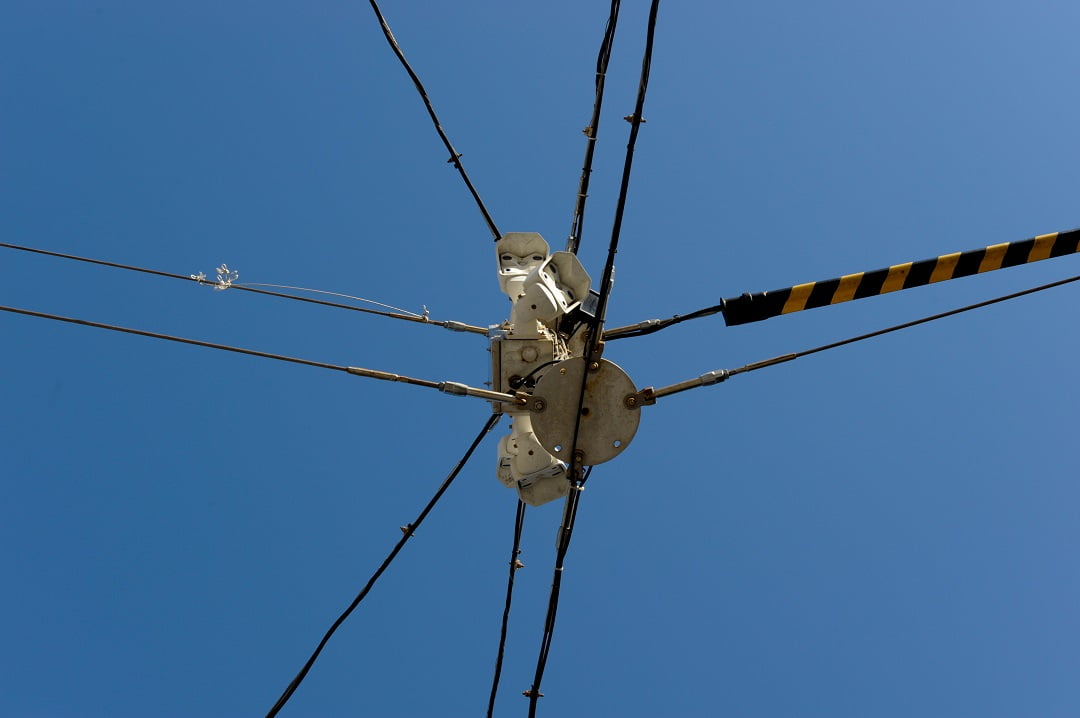 The low energy consumption and minimal bandwidth load of Mobotix cameras means that Ethernet cabling is usually all that is required to create a network and supply power, but the Manly site was too large for such
a solution. Instead fibre optic cable was laid to carry data back to the main NAS storage and PoE was provided by means of power injectors, mainly using light poles as an energy source. Wherever several cameras were installed in close proximity to one another, airbridges created a network between them, meaning a single fibre optic cable could carry signals from several devices. 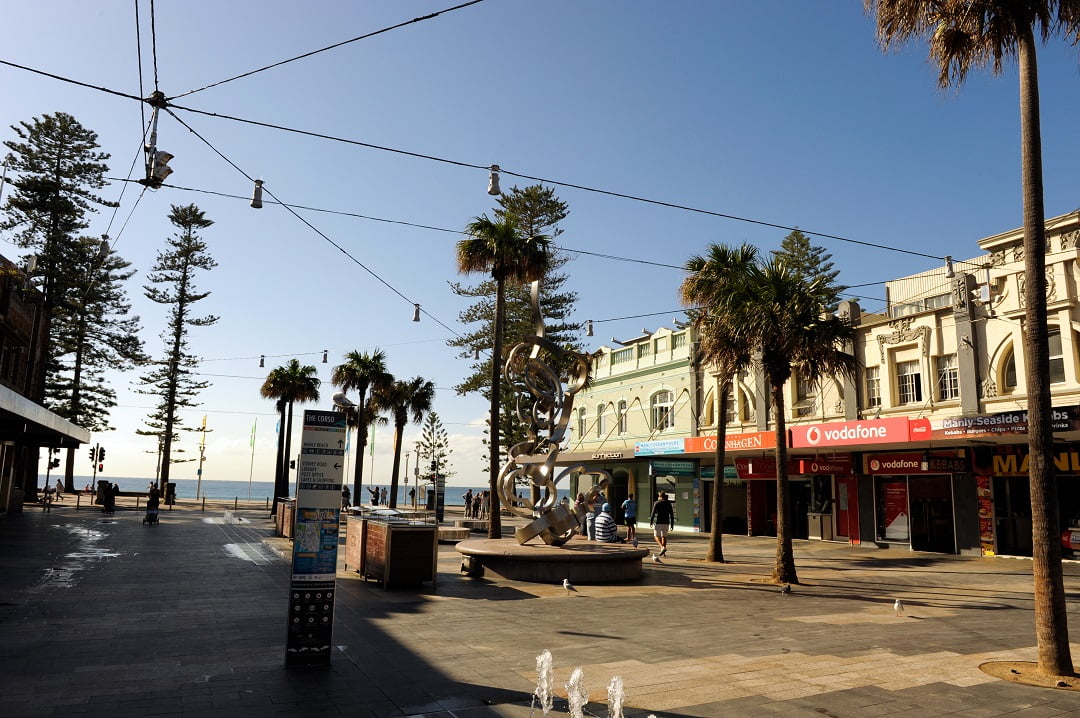 “The main reason we chose Mobotix,” explains Kevin Shea, systems administrator at Manly Council, “is because the cameras needed to be able to withstand extreme conditions, such as high temperatures, torrential rain storms and the damaging salt air. And, because we are a government agency, we were also looking for an economical solution which could offer excellent image quality in all light and weather.”

Mobotix has delivered on all counts. Larger, high quality images are recorded using fewer cameras than traditional video solutions, and 7 years after the original installation, the cameras have proved to be extremely low maintenance and robust. Managing such a large surveillance operation is simplified with Mobotix MxControlCenter (MxCC) video management software. Its user-friendly interface makes controlling and configuring cameras easy and offers a myriad of sophisticated post-processing and analysis possibilities, including MxCC’s time search facility. 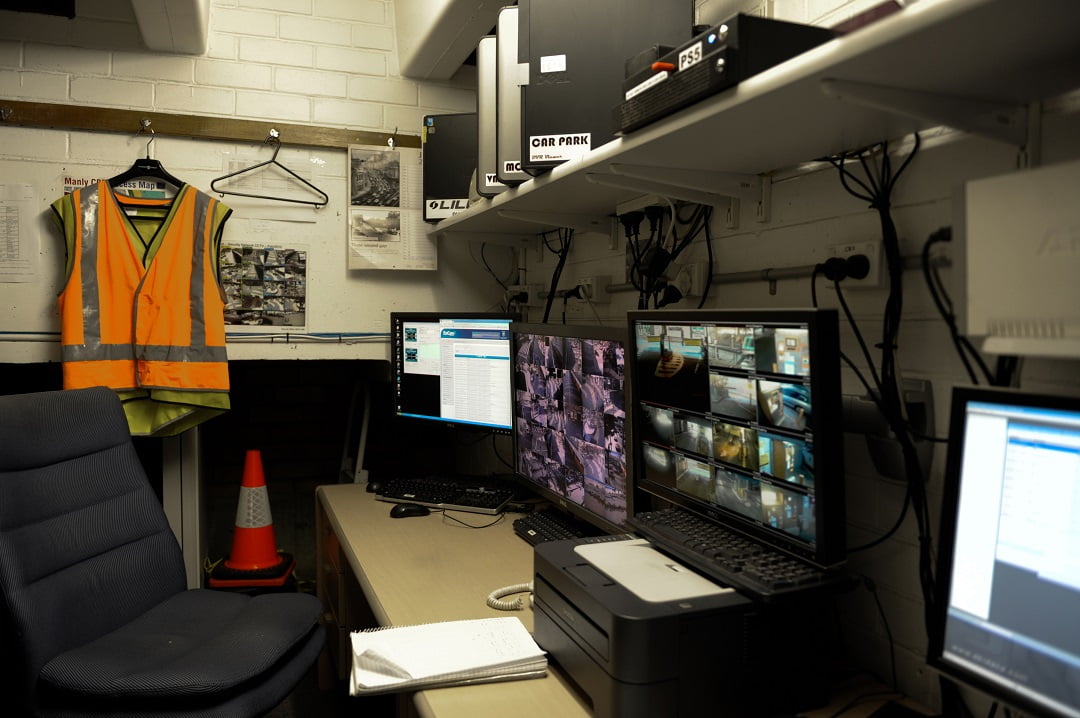 In just a few clicks footage from one, or several, cameras can be found and viewed. More importantly, the timeserver synchronisation used to achieve this meets court standards, so that the footage can be used as evidence and the superior quality of the high-resolution images maximises the chances of positive identification.

Mobotix technology has not only helped make the streets of Manly safer, it has also played a significant role in promoting the positives about the town. The high quality recordings have been used to market a diverse array of events, including the Christmas carols and the Hurley Australian Open of Surfing (AOS). A Mobotix camera is also keeping Manly’s tiniest residents safe from harm, watching over the only breeding colony of the endangered Little Penguin to be found on the NSW mainland.

Widely hailed as the birthplace of Australian surfing after Duke Kahanamoku of Hawaii brought his famous surfing exhibition to Manly in the summer of 1914/15, the AOS has really put the town on the international surfing map. Modelled on the famous US Open of Surfing in Huntingdon, California, the festival of surfing, art, music, fashion, and skateboarding attracts upwards of 100,000 visitors and is a major highlight of the local calendar. 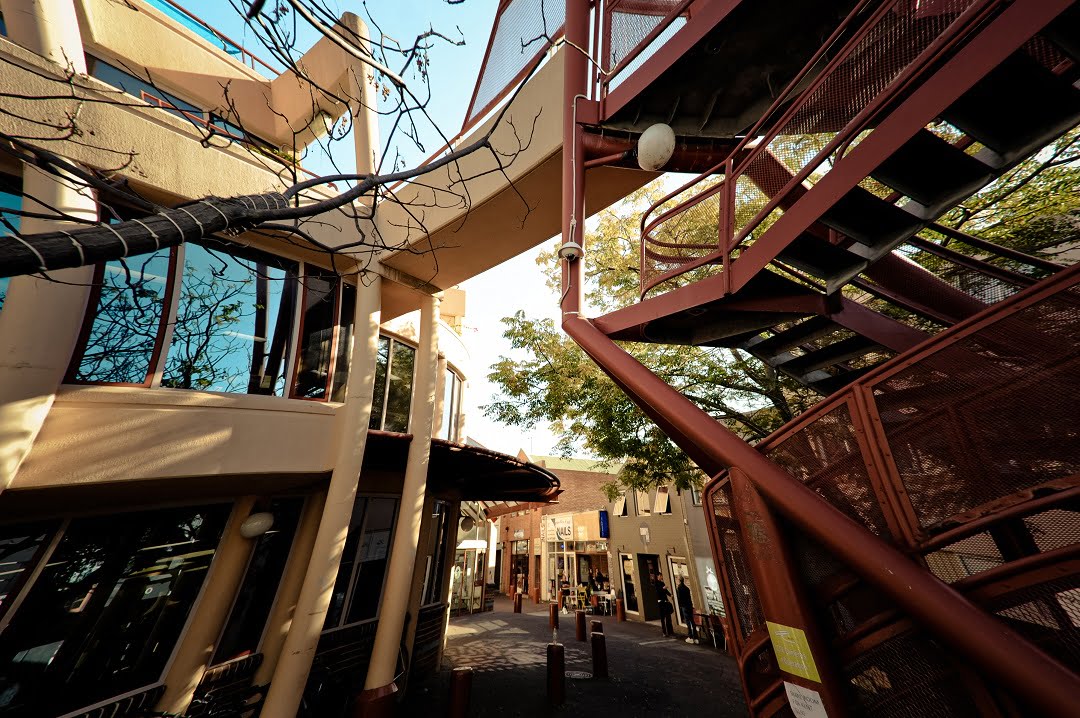 “Constructing the festival site takes around 10 days, so we use the cameras to keep an eye on things whilst it is being built,” Shea explains. “And this year we gave the footage to the surfing festival promoters who used it to make a time-lapse film of the construction.”

Manly Council has successfully implemented and managed a large-scale CCTV operation. Easy to install and configure, and low maintenance, the solution has proven itself economical and capable of weathering the harsh outdoor coastal conditions over many years. Mobotix technology has played an important role in making Manly safer, and in protecting and promoting all that makes the place so special.♦