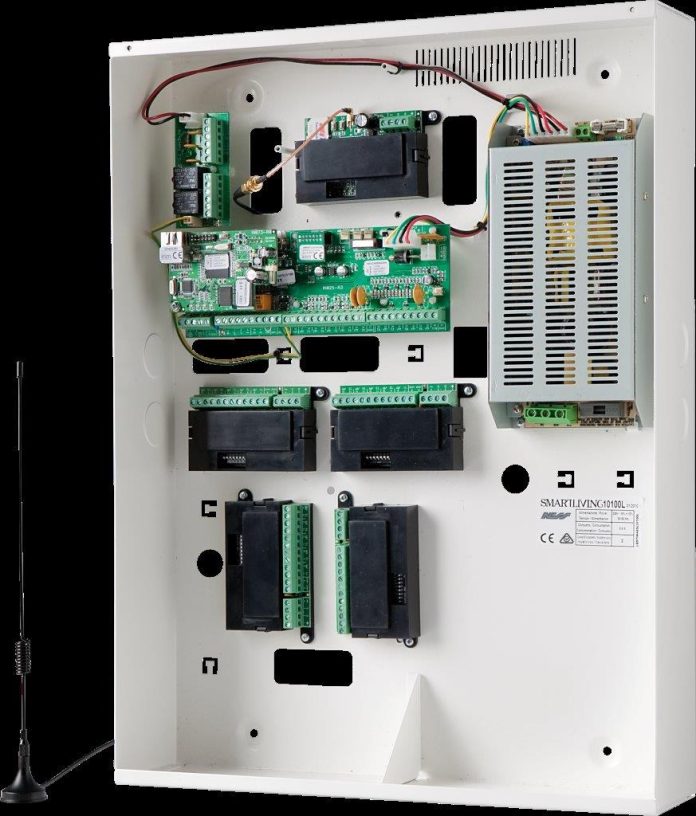 SmartLiving from Ness is a range of bus-based control panels offering between 10-200 zones (with zone doubling) and incorporating automation features as well as access control and voice-over-bus transmissions.

TO my mind the most interesting aspects of Ness SmartLiving is the I-BUS backbone, a high speed bus which increases robustness, resists interference and carries voice as well as alarm signals on a single cable. Bus solutions are great when it comes to expansion because they can be grown organically without any need to cable back to a control panel – you just build a drop cable off an existing loop. In the case of SmartLiving, the bus is universal – you can hang a whole bunch of things off it, including proximity readers, graphical keypads, remote I/O expanders, RF transceivers, GSM communicators and siren/strobes.

You just wire these into the bus and they self-enrol automatically, which is a lovely way for a system to function. Also neat is the fact SmartLiving’s I-BUS can be protected, sectioned and regenerated by means of IB100 bus isolators/regenerators. It’s a great strength.

Something else about SmartLiving panels that sticks out for me is the use of what the manufacturer calls FlexIO terminals. These terminals are programmable I/Os – you can select whether they are inputs or outputs depending on your application and that makes these SmartLiving systems very flexible indeed. 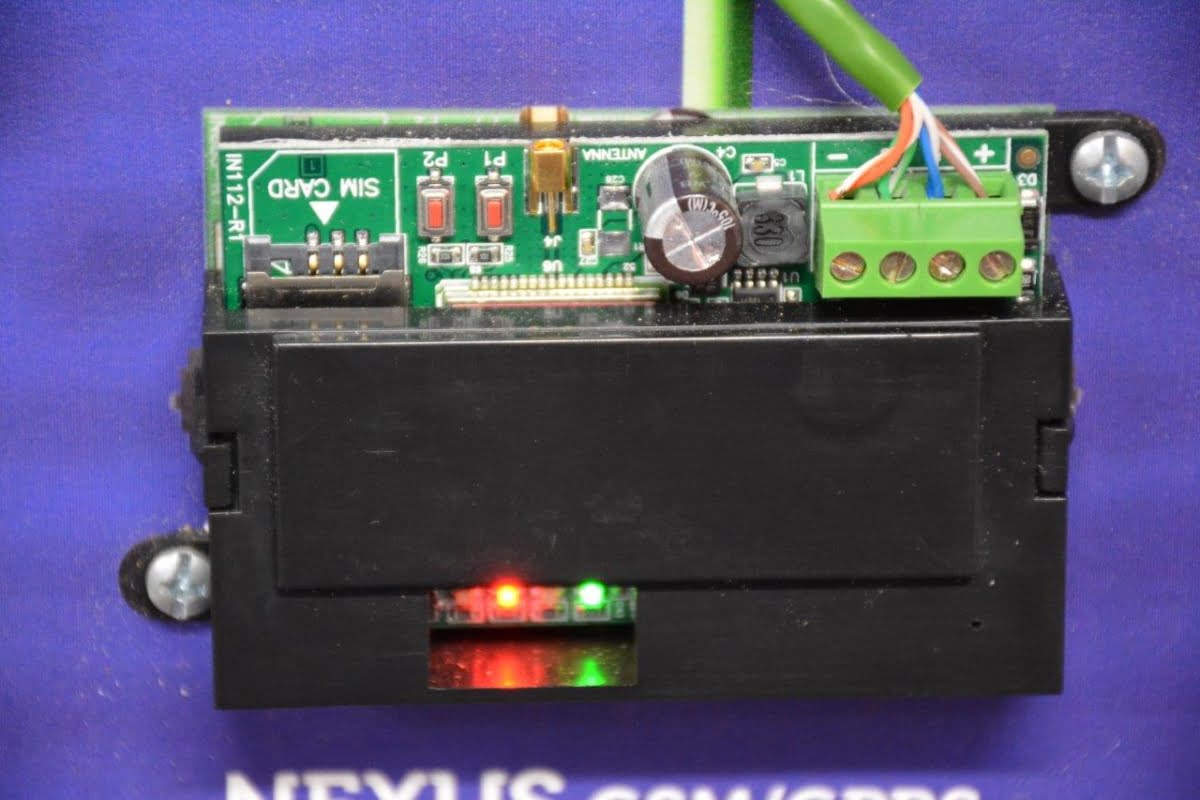 I took a look at the SmartLiving range with Ness Corporation’s Naz and Elian Circosta and before we head down to the demo room, Naz reveals that to a certain extent, the company fell into the automation market in the mid-2000s without knowing much about it.

At that time, Ness manufactured and sold well-engineered traditional alarm panels but decided to take on the M1 automation solution to extend its range into the upper end of the market. Over time the company has had growing success with the M1 and the experience has steered the company’s entire range towards automation.

“We certainly see automation as a key to the alarm industry’s future,” Naz says. “When you consider the global market, the US has moved away from the dollar-a-day monitoring model. Basic automation solutions there are billed at $US69 per month as a matter of course.

“But what we have found over the years is that in the home automation market security is always at the heart of a solution – it’s the core. Integrators and their customers need security but they need something that integrates with lighting systems, with air conditioning, with access control.” 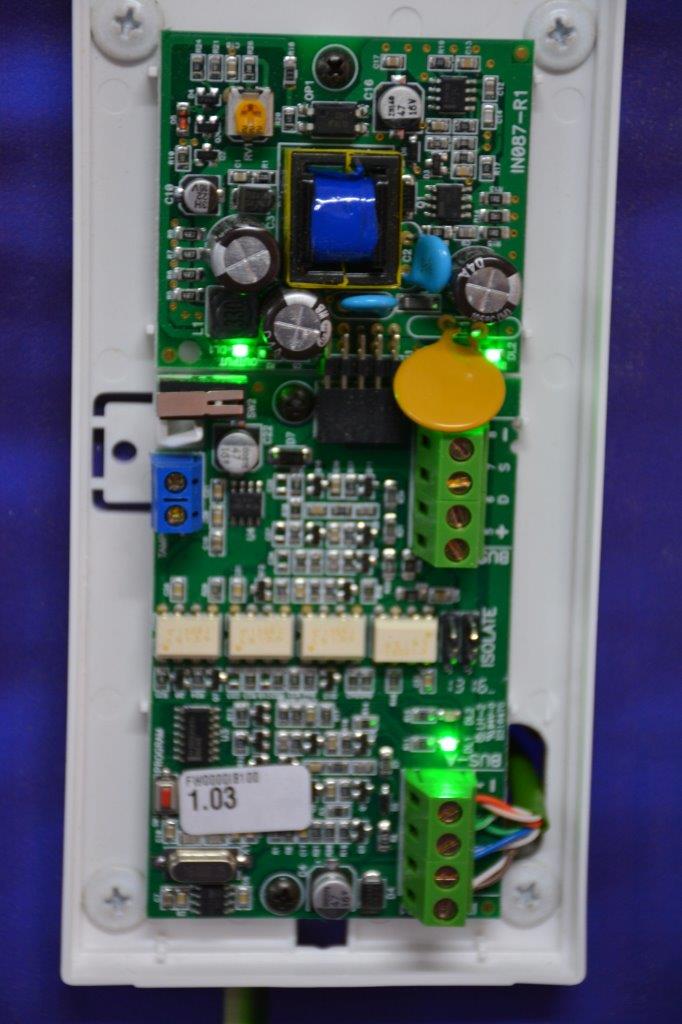 SmartLiving fills a gap in Ness Corp’s range of security and automation solutions. At the lower end is the Ness D8 (there’s also a D16), which is the cheapest touch screen panel on the market. When it comes to automation, the D8 has an auxiliary output so you can control lights, garage doors and other devices and there’s also C-Bus and access control – that’s very rare in an affordable domestic or small commercial alarm panel. At the upper level Ness sells the M1, which integrates intrusion alarms, automation, lighting, HVAC, access control and comms.

“Before we took on the SmartLiving range we had this gap between the D8/D16 and the M1 where our competitor’s panels don’t do much but they give you lots and lots of zones,” explains Naz. “We started looking at that space and wondering what sort of solution we should position there and that’s where the SmartLiving solution comes in.

“SmartLiving offers from 5-100 zones (10-200 with zone doubling) and sits on a high speed 2-way bus,” says Naz. “There’s a peripheral range that goes with it including 2-way wireless devices, access control and automation. And you can use a high end keypad with additional functionality. Price-wise it’s nicely between the D Series and the M1.”

We head down to the demo room and take a look at the hardware. It’s tidy kit, modular, simple to understand, and there’s good range of peripherals. The keypads are particularly nice, with the Alien-G keypad offering a couple of onboard FlexI/O terminals. This sort of incidental expansion is found throughout the system. 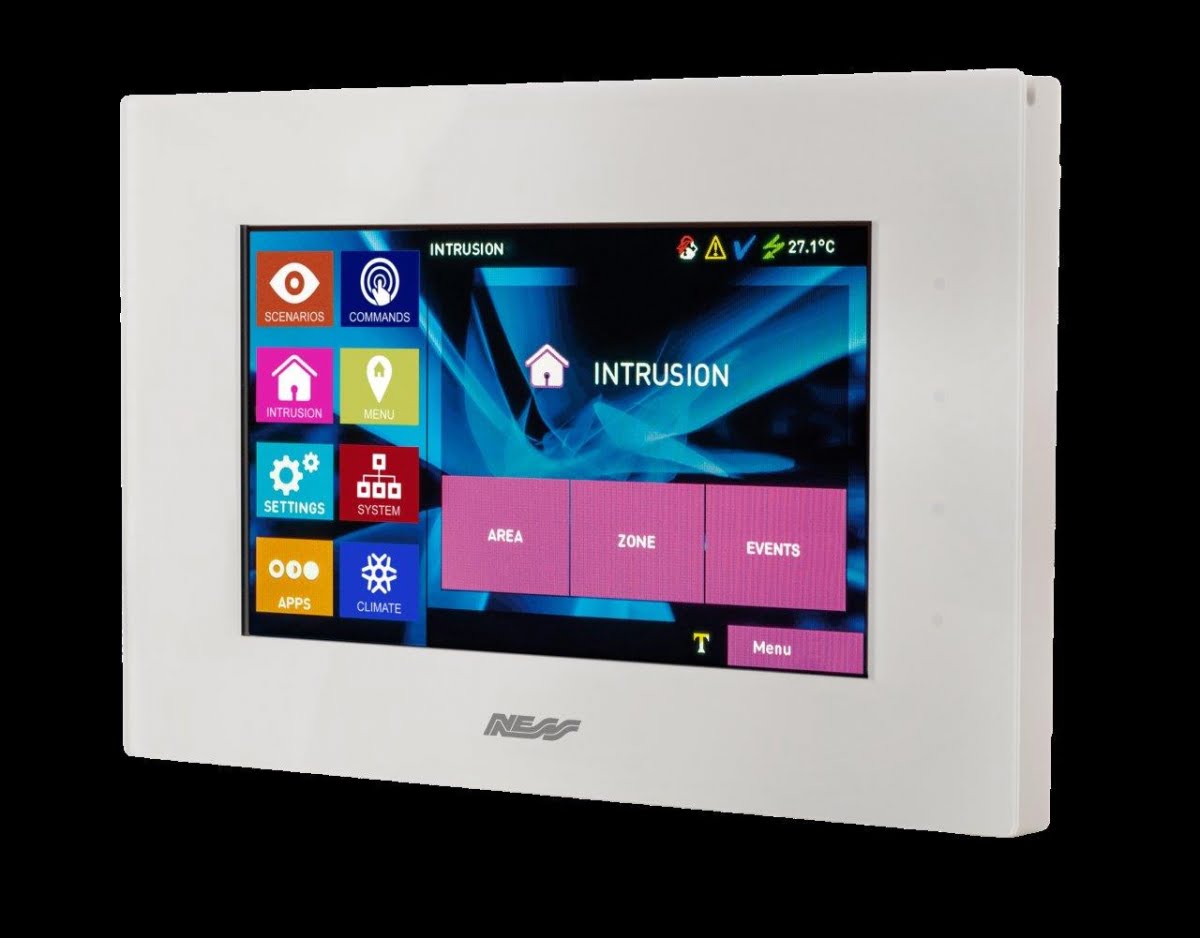 “A neat thing with SmartLiving is that you can put an Evolution-S multimedia keypad onto it and then bring 10 of SmartLiving systems together, giving you control of 2000 zones on a single keypad,” Elian tells me.

“SmartLiving also has a rule-based automation system, similar to the M1, which can be used to drive outputs. It’s if-when-then, and the other cool thing about the product is that there are not just inputs and outputs. Any terminal can be programmed as an input or an output – you can use some as alarm inputs and the rest to control automation functions, lights, doors, air conditioning.”

The rule-based system applies to some of the peripheral devices as well, so you can have a wireless reed switch that has got 2 extra terminals onto so you can control 3 devices through one reed.”

There’s a full sensor range, including smokies, PIRs, dual technology sensors and reeds (wired and hardwired). SmartLiving is compatible with the complete range of Air2 wireless peripherals using an Air2 two-way transceiver. According to Elian, Ness hardwired sensors also work with the SmartLiving range but not the wireless range. 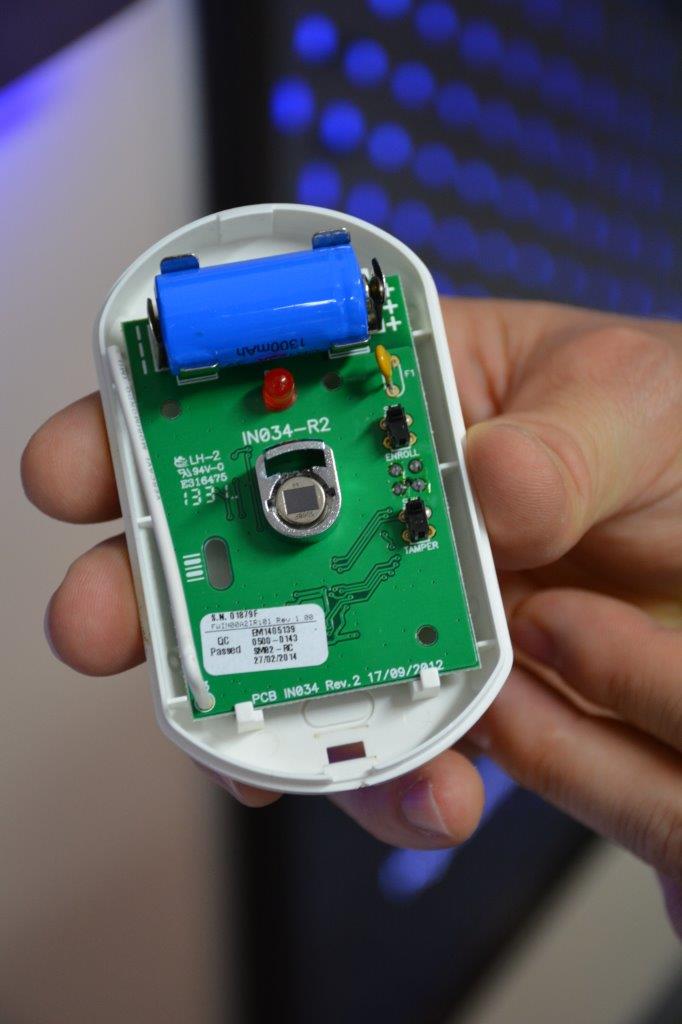 There’s a lot of detail here. You can choose from different models of reed switch – there’s one with a Flex I/O terminal which can be programmed to be an input or an output. There’s also a siren that has multiple tamper protection and recognising when foam has been sprayed into it. Something else I like is the Flex5 I/O expander, which allows you to insert 5 programmable I/O terminals anywhere in the bus your application demands.

And when it comes to alarm communications, there’s IP, GSM/GPRS and PSTN. SmartLAN/SI and SmartLAN/G boards give TCP/IP connectivity and allow the intrusion control panel to send e-mails and attachments. At the same time, they allow users to access the system via the Internet and provide a web-server function.

This web-server function allows end users/operators to connect to the control panel from any PC and verify the status of the system and interact with it. The web-server, embedded in the SmartLAN/G, also allows users/operators to use their Smartphones as SmartLiving wireless keypads, both inside the protected premises, via WiFi, or from any part of the world over GPRS.

The reason for such a high speed bus is that SmartLiving also offers access control and voice over bus technology – driven by a SmartLogos Voice board. This board offers a range of advanced voice functions. The brain of the automation capability of SmartLiving is a matrix that allows the correlation of actions and events the system manages.

Each of the system events can be associated with output actions, voice dialler actions and digital dialler actions. The system can be accessed by user codes and proximity keys/cards and it’s possible to associate each code/key/card with one of the weekly timers which can then be programmed to enable/disable it at certain times of the day.

“One of the beauties of this system is that you can start out simply and then grow into the future,” says Elian. “You might begin with security and then progress to automation.

“And with the smart touchscreens you can customise or select preset graphical user interfaces. The Alien-S touchscreen keypad has an access control reader built into it both Alien S and Alien-G keypads have a USB port so you can install the system, do programming on the computer and upload system setup in the field.” 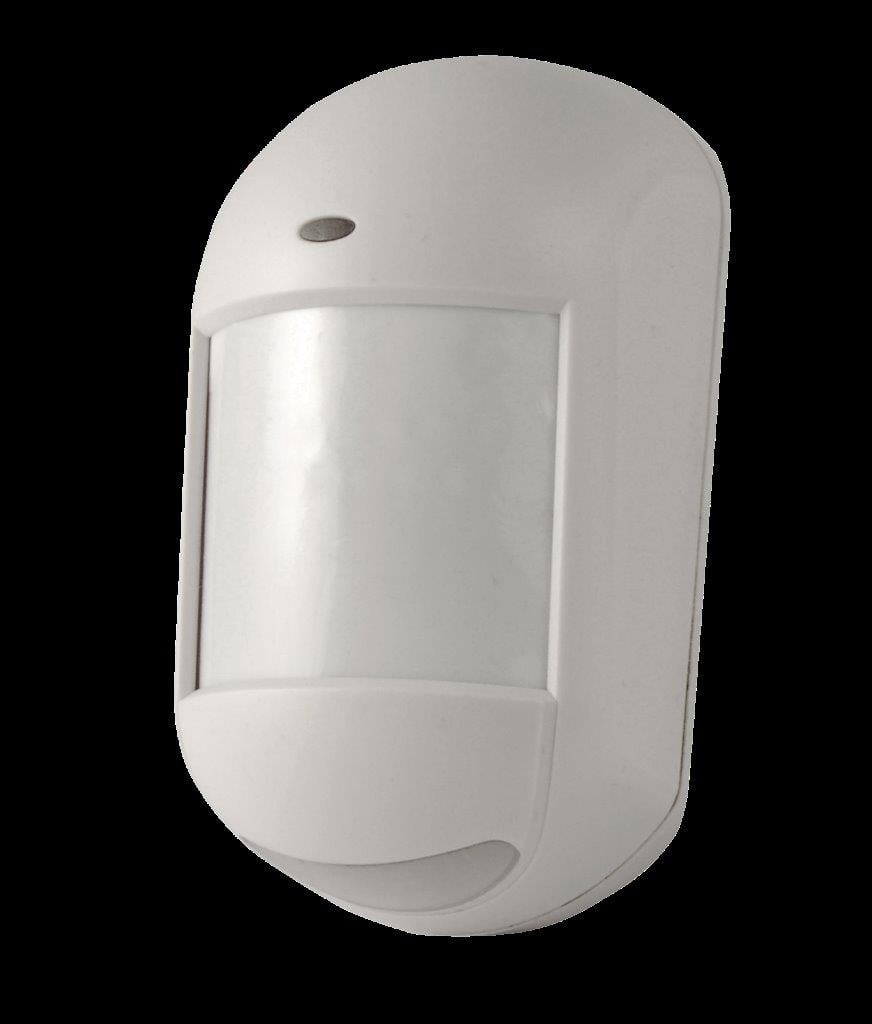 Something else that’s interesting is the way automation is handled at the reader. The length of time a card is badged has an impact on what the system does in terms of automation.

“This is a brilliant prox reader – instead of having to remember a multiple badging process, you just present the card and hold it and depending on which function it lands on (you can tell by changes in reader LED colours), you get a different automation scenario,” says Elian.

“In the past if you wanted to unlock a door and turn on a light you needed to badge the reader twice but in this case you badge and hold the card against the reader until the F2 colour is displayed and you know F2 handles that particular automation function.”

The SmartLiving control panels can be programmed from any keypad on the bus or via a PC running SmartLeague software. Programming from a keypad is easy thanks to graphics – you can use the default settings which eliminate the need to configure the parameters of the voice dialler and digital dialler, if you choose.

Setting up a system using SmartLeague on a PC is easy, too. You drag and drop operations and the software has text-to-speech allowing the creation of voice messages just by typing in text. It’s a nice feature for an affordable alarm and automation panel.

According to Elian, the 505, which has 5 terminals and supports 10 zones with zone doubling, sells to the trade with a standard keypad for $A125 and if you can add the 4.3-inch touch screen it sells for $225. Given the additional capabilities inherent to the product, that’s an excellent price. 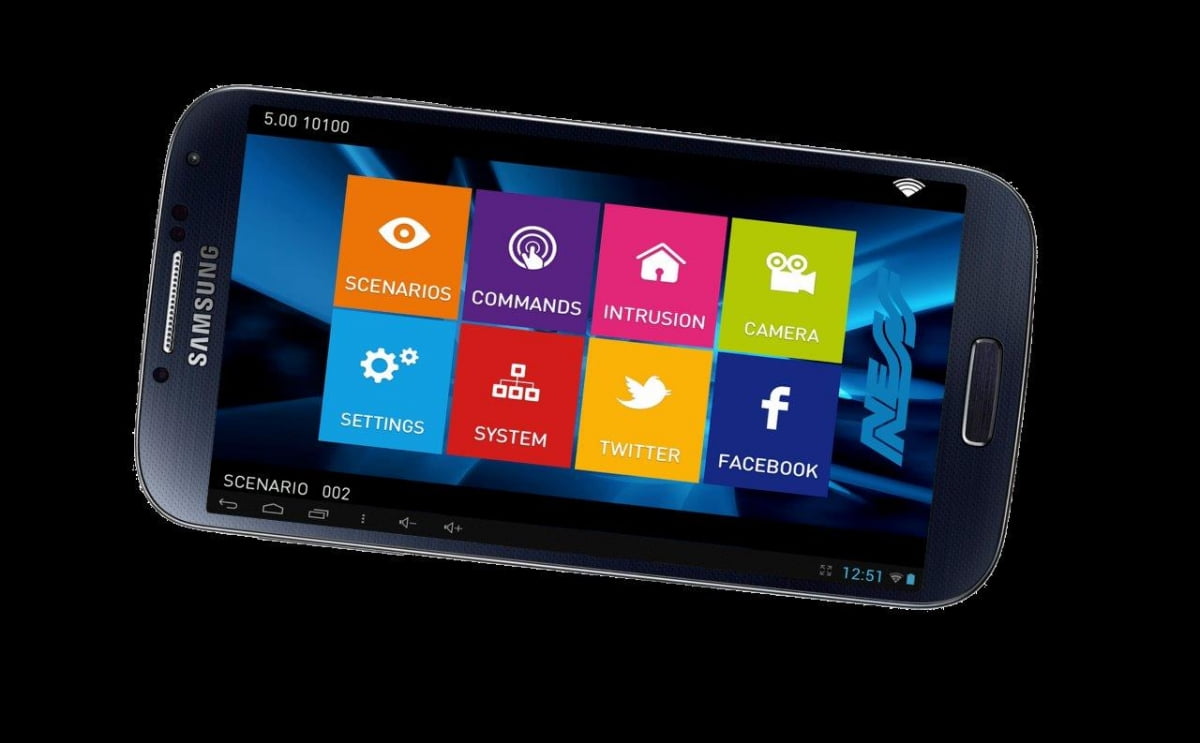 “As a takeover product it’s great,” says Naz. “For instance, it doesn’t matter what the value of a resistor in legacy zone cabling is – you just install the panel and the system wraps around the value. And resistor values can change from zone to zone, the system just encompasses them all.

“You also have a remote diagnostics package that’s just beautiful. You can look at the overall system, look at voltages on the bus – it’s very easy to troubleshoot remotely.”

The Smart Living range is available to installers who have done the necessary training and Ness has courses running around the country for those who want to expand their installation capabilities to include automation. ♦