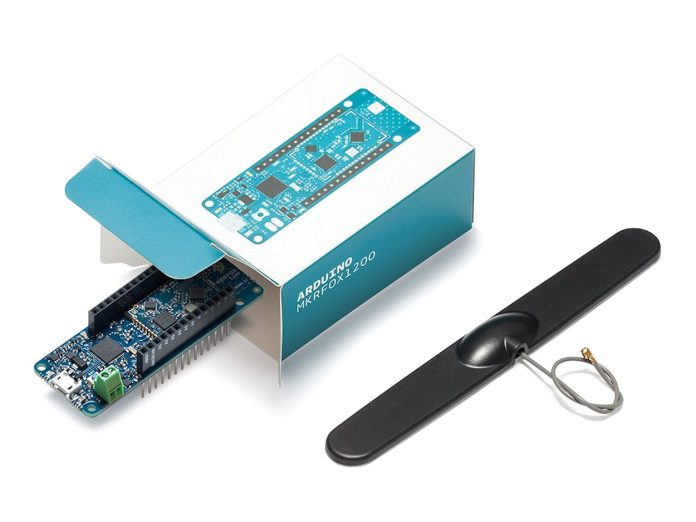 PEOPLE drone on about IoT but it’s always hard to imagine exactly how an internet of things could communicate – it’s hard enough, after all , to hold together an alarm and home automation solution comprised of a dozen devices and a few keypads. After a couple of years, half the system is without power and unless the installer stays on top of system maintenance, it gradually becomes a collection of dead wireless devices.

NOW there might be an answer – Sigfox – a low power, low cost proprietary comms protocol that connects controllers and devices using parsimonious volumes of data over long distances with excellent resistance to noise. Making the technology more appealing, it has low connection fees, a high network capacity and the ability to be supported by any old AA batteries (including ones that can be recharged 1000s of times) for 5 years. Sigfox leverages the ISM radio band – in Australia, it’s 918 – 926MHz (433MHz is another possibility in Australia), which is smaller than US ISM, which sprawls from 902 – 929MHz. The 900MHz signals are narrow band, meaning they can pass through solid objects, have almost no current draw and employ single-hop star topology.

Sigfox comms have been described as more whisper than shout – they are certainly very slender indeed. Sigfox supports 140 uplink messages each day, each carrying a meagre 12 Byte payload, discounting transmission data – the entire frame is 26 bytes. Sigfox also offers 4 downlink messages a day – each with an 8 Byte payload. This sounds worse than it is. You can send numbers from 1 to 79 octillion, using 12 bytes, while complex positioning co-ordinates only require 4 bytes. This means sending instructions or transmitting from a list of events to alert to intrusion or an issue with a plant unit is never going to be an issue with Sigfox. And those skimpy signals, like the one ring to rule them all, confer unnatural long life. Depending on the application, it might up to 10 years, especially for simple data transmitters or sensors in low traffic areas. Sensors can also be programmed to send information only at specific times to further eke out precious electrons.

In some ways, Sigfox is an ideal security device comms protocol – it’s lightweight, affordable, long-range and secure by design. Network infrastructure is cheap, too. You only need 1200 R/T units to cover a country as large as France and the low investment cost means the network is low cost – only $1 per year for customers with 50,000 devices or more. Neat, too, the actual Sigfox device is cheap to make – the radios inside them only cost $1 and at that price you can put devices everywhere.

When operating in the 200 kHz allotted to publicly exchange radio messages over the air, Sigfox messages are 100 Hz wide and are transferred at 100 or 600 bits per second, depending on location. Upload messages take around 2s to reach the base station monitoring the spectrum and a given device is never attached to a base station as cellular protocols are. Instead the message will be received by any base station that can hear them – typically about 3 in a metro environment.

Something else to note about Sigfox is that while signals can be transported by IP networks, because they use a proprietary protocol, they are not Internet-facing in the usual way. How it works is that communication is received by multiple access stations, then delivered to the Sigfox cloud via secure VPN. This VPN passes the message on to its destination – most likely an IoT application. What’s missing in all this? Yes, that’s right. The devices themselves have no IP addresses, so can’t be addressed by hackers trying to break into them. While this doesn’t make them impervious to circuitous breaches, they are hard to reach, and they are also outside the scope of firewall rules, allowing them to get messages across the usual network barriers to IoT comms.

Because Sigfox uses Low-Power Wide Area Networks (LPWAN) that work in concert with hardware, it’s very easy for manufacturers to integrate them into their products. Functionally, any device with integrated Sigfox hardware can connect to the internet in regions where a Sigfox network has been deployed without any external hardware, like a Wi-Fi or Zigbee router. But, in another sense, the Sigfox network is entirely different than traditional GSM networks in that it can only transmit small amounts of data, at just 100 bits per second.

The focus on low-power, low-bandwidth communications also makes the Sigfox network relatively easy to deploy. For instance, the company completed its nationwide deployment in Spain in only 10 months. And with a base station the size of a briefcase, the company can do multiple site installs in one day, sometimes on rooftops in major cities but also in less conventional places, like billboards. And because the network sends such low amounts of data, it can reach farther distances with fewer base stations. Sigfox’s network is designed as a collaborative network, which prevents base stations from recognizing each other after they’ve been deployed. This eliminates the need to reconfigure the network when deploying a new base station.

Sigfox considers its market split into 3 categories. The first involves existing use cases, such as utilities, that could become more efficient or less expensive by integrating its low-power connectivity. The second is the kinds of devices that haven’t been connected before. A good example of this is Sigfox’s recent collaboration with French postal service La Poste, which involves attaching a small, internet-connected button to mailboxes that customers can press to alert La Poste when they have a package to send.

The third market segment is when Sigfox’s technology can be complementary – for instance, a security camera company that used 3G to send its video feeds to security personnel and became concerned over the availability of GSM signal jammers that could disrupt the video feed. By integrating Sigfox’s technology alongside the 3G networking technology, the device could fall back on the Sigfox network to send a low-power message to alert personnel if the 3G signal is ever jammed.