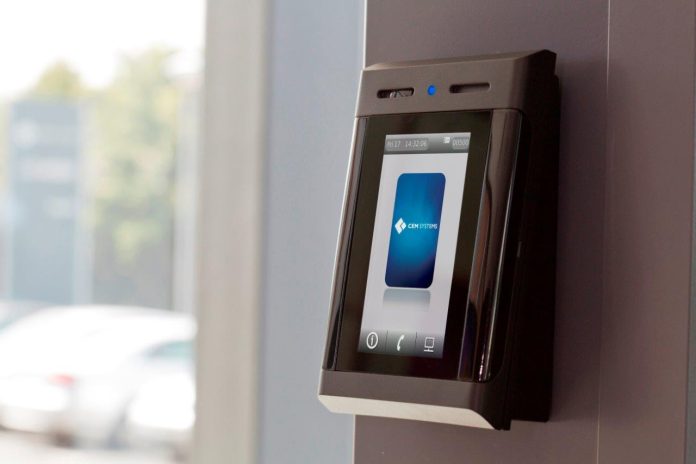 CEM Systems’ Emerald IP reader controller working with CEM AC2000 software, gives a very clear idea of the power networking is going to bring to access control solutions. As well as being a handsome device, it’s as clever as a fox.

MY demo of emerald at the SEN office in Sydney was a real eye-opener. Sure, I’ve heard of emerald before but I’d never really considered the specifications in enough depth to develop a proper appreciation for this solution. Showing me over the reader are Zac Donev, sales director – South East Asia and Oceania at Tyco International, and David Galligan, strategic sales manager at Tyco Security Products.

CEM Systems, which is a subsidiary of Tyco International, calls emerald an intelligent access terminal and there’s a reason for this. Along with being nice to look at with its 4.3-inch LCD touch screen, emerald offers a lot of functionality.

Built by CEM Systems in the UK, emerald is a card reader and a door controller that hustles an integrated voice over IP intercom between door and a CEM Intercom workstation thanks to a built-in microphone and speaker. Showing the power and flex of new technology, emerald also incorporates a range of remote server-based applications – hundreds of them – and the unit’s API will be opened later this year, according to the boys, allowing integrators and users to create their own applications. The upshot is that emerald carries access control to the edge – and beyond.

There are neat features all over the place with emerald – a sort of synthesis of available technology. A one level a mini PIR sensor powers down the screen until it senses motion and emerald is no dumb terminal. Along with specific response to unauthorised access attempts, it’s capable of questioning cardholders on matters of OH&S, informing them of expiring cards and other issues.

This emerald reader is tough, too. It’s weather resistant to IP65 and vandal resistant to IK47, and it has hardened glass with anti-glare coating – that means you can install the reader inside or out. Also neat is optional power over Ethernet plus (PoE+) allowing the terminal and additional door locks and sensors to be powered using a single Cat 5e/6 cable at the door.

A reader that’s also a controller needs some serious firepower and emerald delivers. According to David Galligan there’s an off-line database of 250,000 users and 50,000 events.

“For instance, a system can request a user answer a series of questions relating to OH&S before they are allowed access – are the wearing safety gear, have they a current license for equipment. This puts onus back on cardholders because there is a complete audit trail of their responses. Setup of this functionality is very easy. System operators or integrators type questions in and add related images and activate the functionality.”

“Something that is important from an operational point of view is the level of communication,” Galligan explains. “If a cardholder can’t get authorised access from a reader, the reader will tell the cardholder why, rather than the cardholder running to the security office demanding to know why they are locked out.”

As well as expired cards, the system will advise the cardholder they don’t have access to an entry, or perhaps they are trying to access the entry in the wrong time zone. According to Galligan, there are hundreds of conditions that can be set up by integrators or users.

“This reader has some great features,” says Galligan. “The integrated VoIP intercom system means cardholders can initiate a 2-way conversation with the security office from the reader. Security staff can identify a cardholder’s voice or other credentials and allow access through the door remotely.

“As part of this process, the operator can justify what they have done in overriding the system. You can have text insertion before the door is opened – security managers can mandate what is required as identification – say, verify stored picture.”

A really interesting feature of emerald is the ability for authorised users to run remote applications hosted on the AC2000 central server. These remote apps display critical statistics and important information for system maintenance, such as top system alarms and most recent alarms, at the remote reader. There are apps for ‘First and Last swipes’ for time and attendance purposes, ‘Your Card Details’ and ‘Scheduled Visitors’. It makes emerald a surprisingly flexible beast.

“Using remote applications users can interrogate the reader to see who was last in and out of a door,” Zac Donev explains. “Hong Kong Jockey Club has put an emerald reader on every stall so trainers can see who has been around the horses without the security manager having to manually run endless time-consuming reports.”

Remote authorisation rights designated to authorised staff in set areas is great for hospitals where it can be used by authorised personnel to grant visiting specialists temporary access to particular wards or clinics.

“There’s a lot of that sort of clever functionality built into the system,” Donev says. “It also applies to installation and maintenance. If there’s a fault on the door authorised administrators or maintenance techs can interrogate any door from here – there’s no need for 2 technicians to trouble-shoot a system and find a faulty reed switch.

“And an authorised security manager or security officer operating in the field can set and adjust threat levels on the server from a remote emerald reader in response to unfolding events. If it’s a university or school and they see some incident taking place, they can apply a threat level from 1-4. This level impacts on system operation – it might lock an area down, or open an area.”

There’s also a meeting room booking app – you just go to the reader and book the room and if someone else tries to access the room at your times they won’t be granted access by the system.

“A lot of the features in the server are actually built into the emerald reader and access to these apps is adjustable by user profile. One user might get access to 2 apps, another might get access to another 2 apps,” says Galligan. “We are also going to open up the API at the end of 2014 so customers can start writing their own apps to suit their own requirements.” 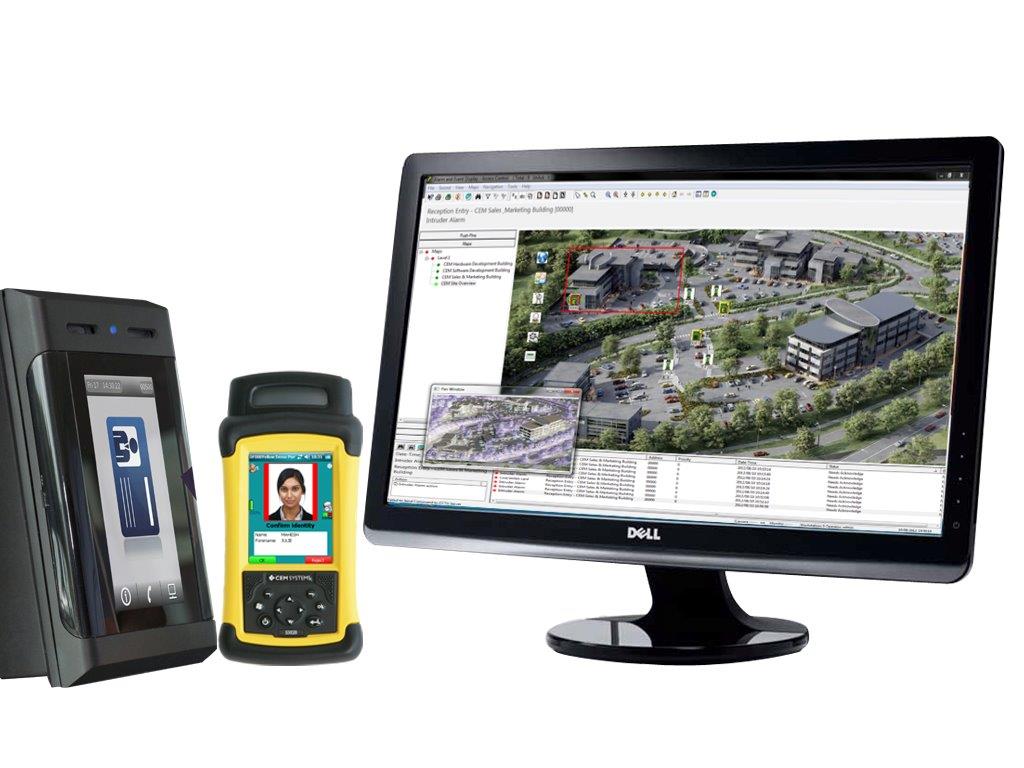 In terms of access control features, Galligan says CEM’s access control solution does what every access control system does – opens and closes doors, reports on alarms, sends messages to control rooms. But he says it’s the little things that make a real difference in the way users relate to the system.

“One of the things security managers like is the dashboard – this is a feature that came out of one of our partner conferences – we asked users what they wanted to see in our software – that’s where this reader came from. Users wanted a touch screen reader.”

“You can have a look at how many cards are parked on a site – say, if a card is not used for 60 days for some reason – it can be automatically parked so it can’t be used until it’s unparked,” Galligan says. “That’s a nice for airports which have hundreds of contractors.”

“From the point of view of integrating video, we also talk to most the major VMS systems on the market, and we do high level lift control, as well as building and HR systems,” Galligan explains. “In big sites like Heathrow Airport, CEM is used by HR for time and attendance by airlines – allows accurate billing by tracking staff activities at gates.

Another capability of emerald is the ability to display advertising, which is relevant in applications like casinos, airports and shopping centres. It allows an end user to generate additional revenue from the stakeholders in their business through selling advertising space. There’s

“As a reader controller, emerald has 4 inputs (request to exit, door contacts, fail safe, secure) and 2 outputs for the door off the reader so instead of installers running 7 cables for a door, it’s just a single Cat-6,” Galligan explains.

“Installers cable around the door jamb straight out of this device. And there is 2 amps at the door – that means plenty of power for electric locks. And if you want these sort of functions on the secure side of the door CEM has an interface module to handle it.”