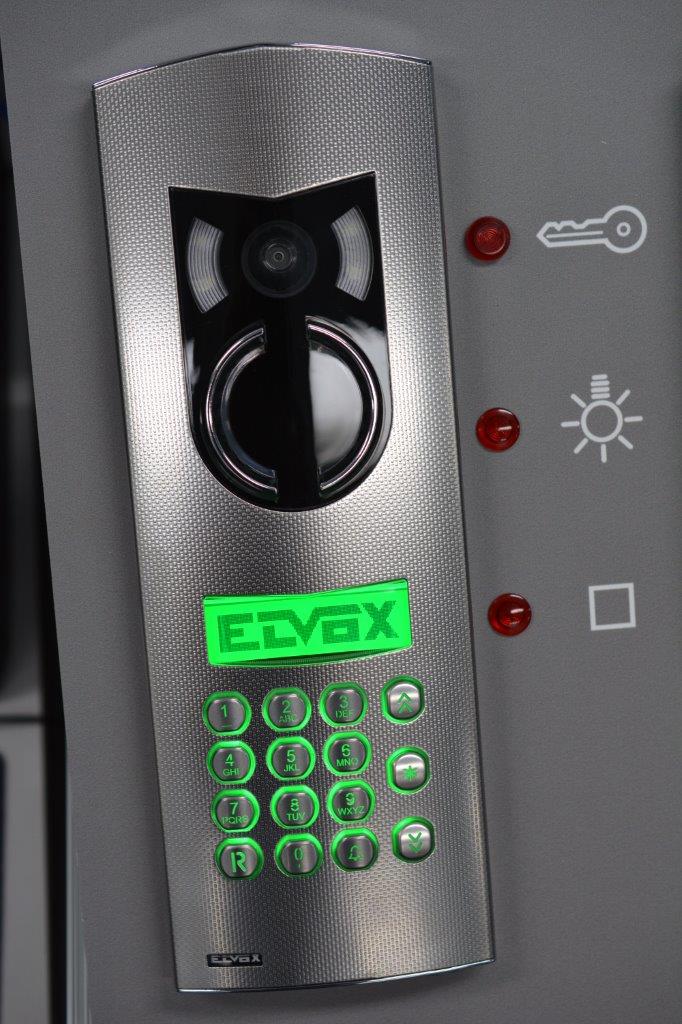 INTENSE building development in major cities, including Sydney, Melbourne and Brisbane, where large numbers of new apartments are being constructed, means intercoms are an important part of the business for many installers. The challenge is to find solutions that don’t just look good, but are strong on functionality and expansion.

According to John Varthalis, national marketing & development manager – Intercom Division of Seadan Security & Electronics, the decision to take on the very good looking Elvox range of intercom solutions was driven by the demands of a growing high density housing market.

“With Elvox, the capacity of the system is arguably the largest in the intercom market and we needed a larger solution with a wide range of hardware options that was powerful enough to handle all our jobs,” he explains.

“Elvox’s 2-wire digital solution goes up to 6400 apartments/users and 484 entrance panels using a horizontal bus – that’s just huge. We’ve done quotes recently for development sites of 600-plus apartments, so that gives (you) an idea of the scale some of our customers require from our solutions.

“The manufacturer of Elvox is Vimar, a massive company that manufactures more than 6000 SKUs,” says Varthalis. “Vimar is strong on integration between intercoms, automation, video surveillance and access control and these are things we’ll be looking at more closely in the future.”

According to Varthalis, programming of the system is easiest using a PC but you can also do a small system change using the door station. And he says other strengths of the Elvox range include its ability to allow communication between premises in the same development.

“It’s rare in intercoms to be able to talk between premises that share the same overall system,” he says. “And in the case of Elvox you can also have up to 8 monitors or handsets in an apartment, commercial office or large house and call any one of those.

“So Elvox extends our capacity and allows us to offer a solution for big jobs and a different range of aesthetics. And to be honest, it looks pretty sexy, too.”

At this point we have a look at the demo system. It’s a nice looking piece of hardware, this 1200 Digital Series, as the attached photos clearly show. The finish is excellent and the overall design is good, too. It’s not just handsome but intuitive from the point of view of users.

“One of the first things that attracts architects and consultants to the Elvox solution is the aesthetics, especially for multi-tenant apartments”, says Varthalis.

The unit we are looking at is the 1200 Digital Series entrance panel, which is a marine-grade 316 stainless steel and IP44 rating with anti tamper secured fittings. IP44 means the 1200 Digital Series is protected against the ingress of solid objects greater than 1mm in diameter, as well as from splashing water from any direction, so it’s a tough monkey. The 1200 is available in analogue push button in 2 and 3 modules in length or digital keypad version with backlit alphanumeric LCD display in Elvox’s Due Fili audio and video system technologies.

This unit is available in 3 modules for provision of integrated digital access control reader and there are options of recessed wall mount or surface rainproof wall mount. There’s an optional premium gold colour finish with PVD protective coating also available and this applies to other entrance stations in the line-up.

Another option is the 1200 Digital Series with an integrated biometric fingerprint reader. In this case the unit is the same premium 316 marine grade embossed stainless steel with an IP44 rating. The unit incorporates an integrated biometric fingerprint reader, with anti tamper secured fittings. Again, the unit is available in 1-4 push button analogue that’s 3 modules in length or as digital keypad version with backlit alphanumeric LCD display in the Due Fili audio and video technology systems.

Flexible use and simple installation are the distinctive features of Elvox 1300 Series Entrance Panels. You can ‘compose’ your own video door entry panel as you prefer, by adding call buttons according to installation needs and the number of calls required. Blanking modules can be replaced with the required number of keys, either during installation or in the case of subsequent expansion of the system. Starting from a basic entrance panel with one push-button, the installation can be progressively expanded.

There’s also a wide range of door stations and being Italian they offer a big range of colours that can be changed as users like. The stations include the lovely Wide Touch series with its 7-inch touchscreen, colour video monitor, hands-free hi-fi audio with Memovision recording of video images and audio of missed calls, electronic note pad, internal messaging, control of up to 40 devices or functions.

Wide Touch is one of the units that offers residents the ability to communicate between door stations inside their complex. It also offers the ability to view up to 16 remote CCTV cameras installed within the Elvox Due Fili digital system. It’s this video surveillance capability that Seadan and Sprint may incorporate into their line-up. 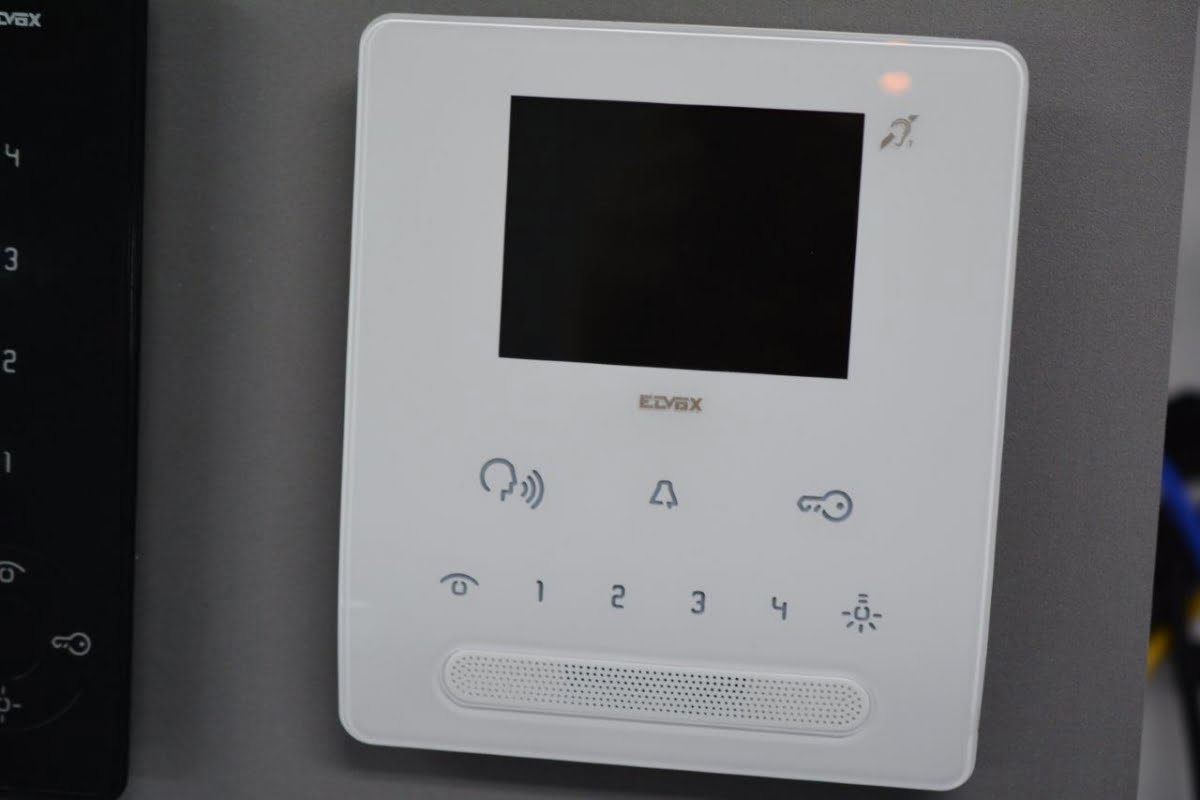 Another door station option is the 7200 Series, which has a 7-inch colour monitor with hands-free and 4 intercommunicating call push buttons. Next, there’s the most popular 7500 TAB series in white poly with a 3.5-inch hi-res colour LCD and a hand piece. This unit features capacitive touch keypad with 8 buttons for interphone and intercom functions. The 6600 series 3.5-inch with hands-free and the 6600 Guardian series with 4-inch tilt screen and handsfree, the 6611 series and the 6800 series.

While Seadan and Sprint have the whole range of Elvox intercoms, the Elvox 6800 Home Automation series, which incorporates a modular home automation control module, may become available in the future.

Sprint’s Greg Perkins says he’s pleased to have Elvox onboard and is looking forward to working with integrators installing it.

“At Sprint we are lucky because we have Blake Chester, who joined us in 2005 after working with Elvox for ten years,” Perkins says. “It means that in taking on the agency, we have an expert in older Elvox systems on hand.”