Home Automation: Coming, Ready, or Not?

We hear a lot of talk about home automation these days but it’s not easy getting a sense of how much home automation is being used and what overall penetration automation has into the Australian market.

HOME automation is the next big thing. When it comes to domestic and small commercial electronic security solutions, automation comprising management of lighting, air conditioning, the addition of video surveillance and some access control really is the next step. The trouble is, it’s a big step and a layered step and getting the balance of cost and function right is not the easiest thing to do. In fact, observing the market it seems that all the necessary technologies are there but no one has quite combined them in the perfect way to blow the market onto its ear.

The rewards of success are likely to be huge for the company that achieves it – creating an affordable and powerful solution that handles more than security and a few ancillary lights really is the holy grail for home automation people. Of course, saying this misses a point. There are systems and suppliers which have been providing capable security and home automation solutions for ages – I’m thinking about the Ness M1 and Crestron – Risco, too. 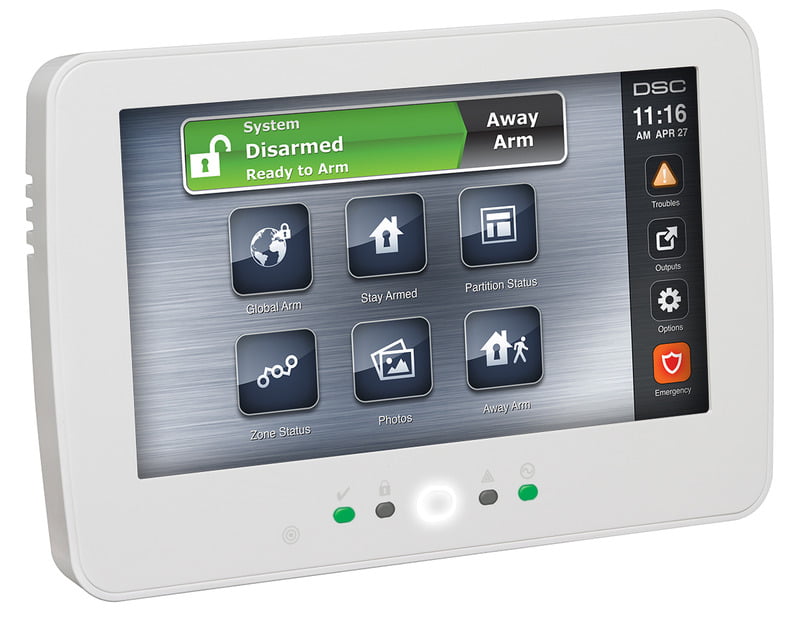 But even taking this into account, in the main part of the market, automation has been relatively slow in coming and now it has come there are weaknesses – the main one being that automation without the expense of an electrician is limited to simple devices like wall lamps. Want to address your fridge or washing machine remotely? You can if the unit is IP addressable but that’s not the same as global automation of all devices in the home from a single browser.

Is the infrastructure there to support remote access of video and control? In the metro areas, sure. And outside, there’s usually bandwidth and uptime enough for the task. It’s now possible to handle a system with a minimum of latency, though video upload remains an issue for asynchronous links, even in the city. For handling security and electrical units like air conditioning, intercom and access control, the bandwidth and network reliability is a non-issue. The fluency of addressing such systems comes down to the comms path and network structure, including the reliance on remote servers to manage data storage.

But while the process of getting all the technological ducks into a row is taking time, suppliers in the market report that home automation is building as a trend and installers are now asking for automation-capable security solutions. 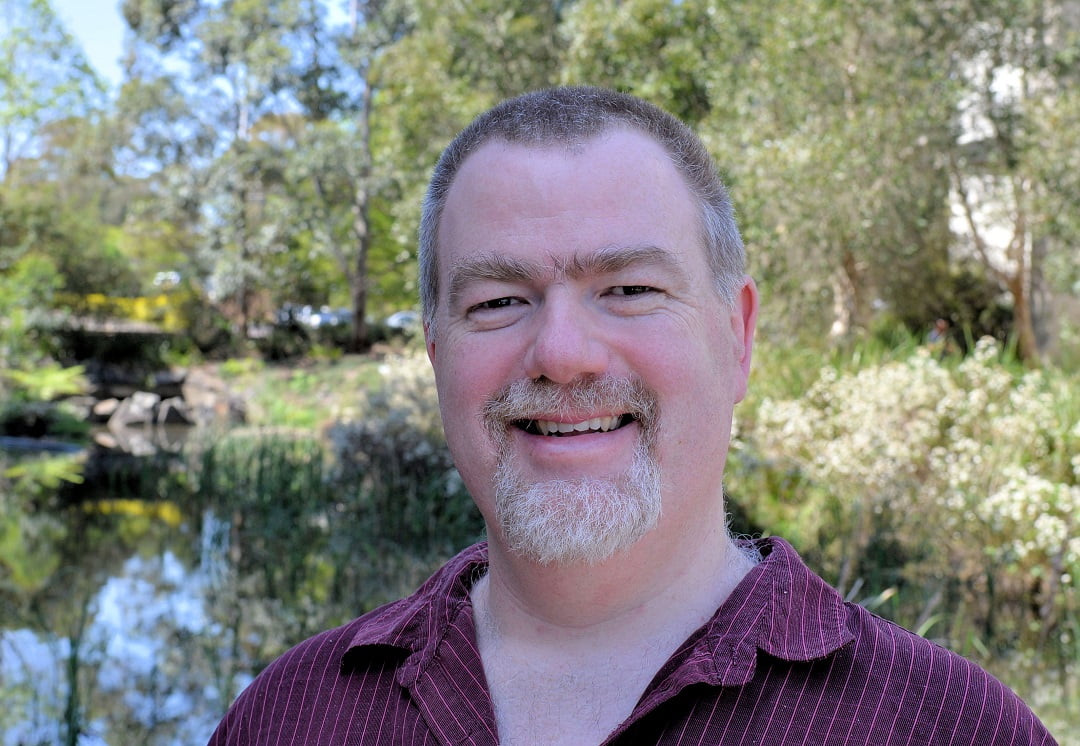 “We definitely see the entrance of automation in to the security market in Australia as a process which is currently in the ‘push’ phase with installers using automation to differentiate their product offerings from competitors,” says Bosch’s James Layton. “As end users continue to become better informed, we should see the market move into a ‘pull’ phase where the end user’s expectations will set the basis of the system to be installed, and the features offered by automation will be a big part of this change.”

According to Layton, selling security has traditionally been all about selling peace of mind, but recently, that hasn’t been enough.

“For your system to be successful, we also need to offer comfort of life,” he says. “User experience (UX) is a huge part of product design now and it encompasses all areas of the user’s interaction with the product – UX considers both emotional and physical context of use, as well as looking to create a value not just around the time of use, but the anticipation of use, and the memory of past use. Automation features, user control, and self-verification are all examples of concepts built around the intentions of UX. 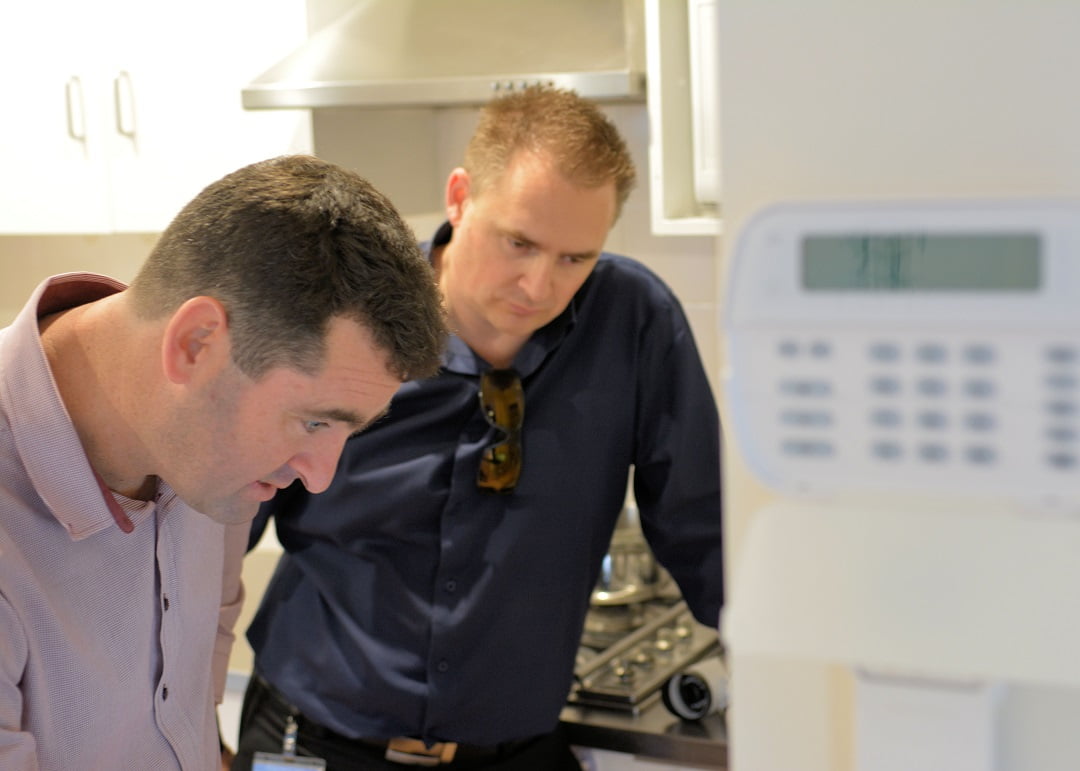 Over at Hills, Matt Bailey says installers are showing a growing appetite for automation but that there’s still work to be done at the installer level in terms of packaging automation solutions in a way that best appeals to their customers.

“Installers are certainly asking about automation more often and those we speak with are keen to implement automation in their offerings to customers,” Bailey explains. “However, automation is a relatively new market in Australia, not in terms of being a new concept but in terms of being packaged in a way that makes it available and appealing to your average consumer.

“Because automation is a wider technology-based system, not just a security product, customers are more likely to research all the options available to them and make well informed decisions,” he says. “This will mean that the end user will typically drive the demand for home automation, as opposed to being driven by the installer.”

Meanwhile, Hills’ James Todd says that installers currently see automation as nice to have but not necessarily must have.

“With technology improvements and some manufacturers utilising wireless automation standards such as ZigBee and Z-Wave we are certainly seeing a slight increase in the interest of the internet of things,” Todd explains. “At Hills, products like Reliance can already provide a level of automation via the ComNav module and the short term roadmap will see some exciting announcements.” 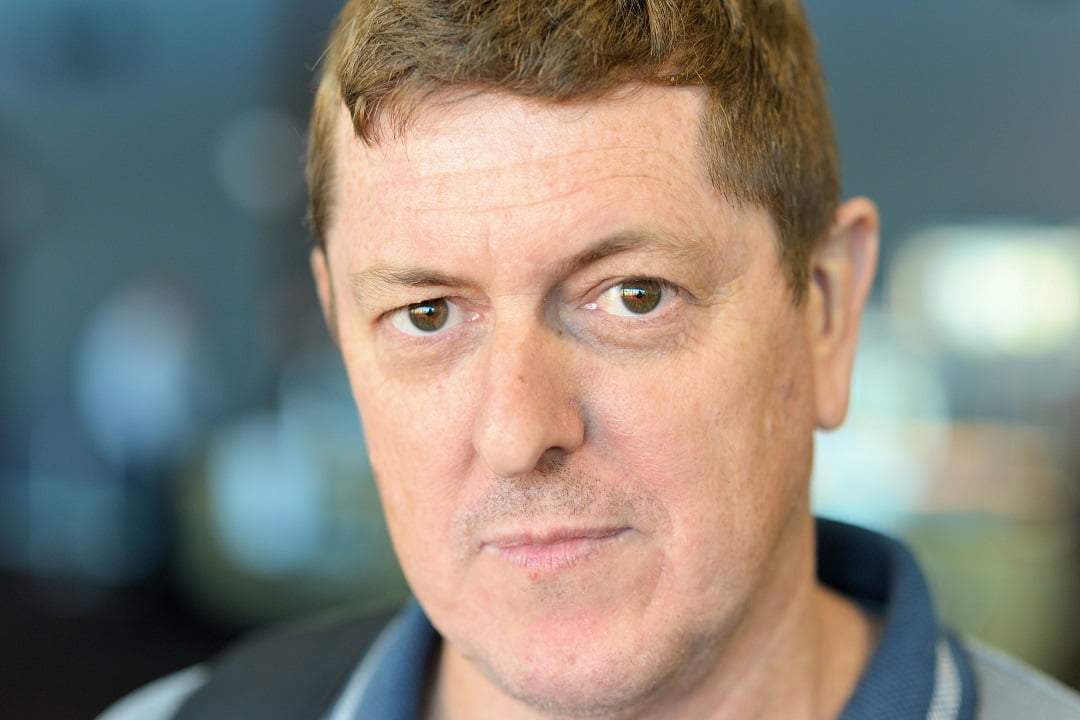 Ness is in a quite different position to other electronic security distributors because the company chose to specialise in home automation many years ago and over time has elected to feed automation capability into its range of locally designed and built alarm panels.

“From early on, even before we released the M1 Automation panel, we understood some of our customers wanted automation,” explains Ness’ Neil Morgan. “Of course up until the M1, it had been a rather clunky approach by using systems and linking them together at low level. The industry and market has vastly changed since then, the smartphone was released and apps are now an indispensable part of the scene. Smartphones like alarm keypads are now the user interface of choice for security and home automation.

“The demand is sufficient that our range includes the M1 with multiple apps, the SmartLiving panel with 2 dedicated native apps, and the Ness D8x/D16x series controllers, which also have multiple apps,” Morgan says. “Most panels on the market have to run 3rd party hardware to run an app and some have to go through cloud servers requiring ongoing monthly service fees. Installers coming across to the SmartLiving panel have given us plenty of good feedback regarding this one point alone.

“We’ve had an excellent grounding in automation for more than a decade, and our winning many CEDIA awards proves we have been listening and understanding customers and installers home automation requirements for a long time. In terms of growing demand in the market, the introduction of the SmartLiving panel has allowed us to open up the home automation market to more installers who didn’t want to commit to the M1 panel but wanted an expandable security panel that also had automation capabilities and interfaces.” 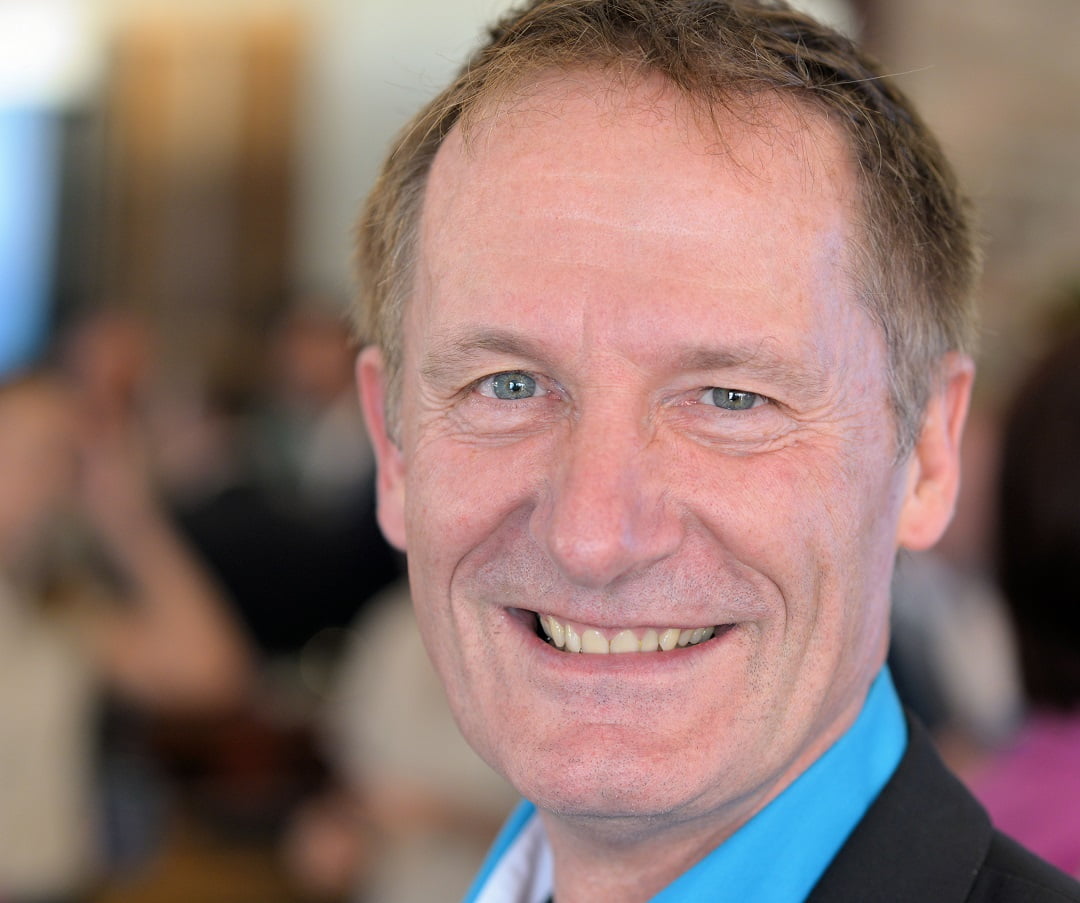 According to QSS’ Rob Lucas, automation is making inroads, with end users wanting products that have feature-rich functionality and flexibility, along with mobile apps that make life simpler.

“Installers are responding to their customers by offering these products to ensure they don’t risk losing business opportunities,” Lucas explains. “Generally speaking, today people have busier work schedules and longer working hours; the thought of being remotely connected with the home and family is important to many people. Home Automation with video and push notifications allow parents for example to watch over their children’s safety or monitor no-go zones at home or work remotely.

When it comes to QSS’ product spread, Lucas says manufacturers are constantly responding to the growing demand for automation products and with 2GIG and Alarm.com responses to these changes can be prompt with software/firmware updates taking place on a constant basis.

Other manufacturers and distributors are also pushing in this area, including CSD, which has product offerings in the automation space and Honeywell, which has been investing in this area for some years and has a significant and rapidly growing product portfolio. 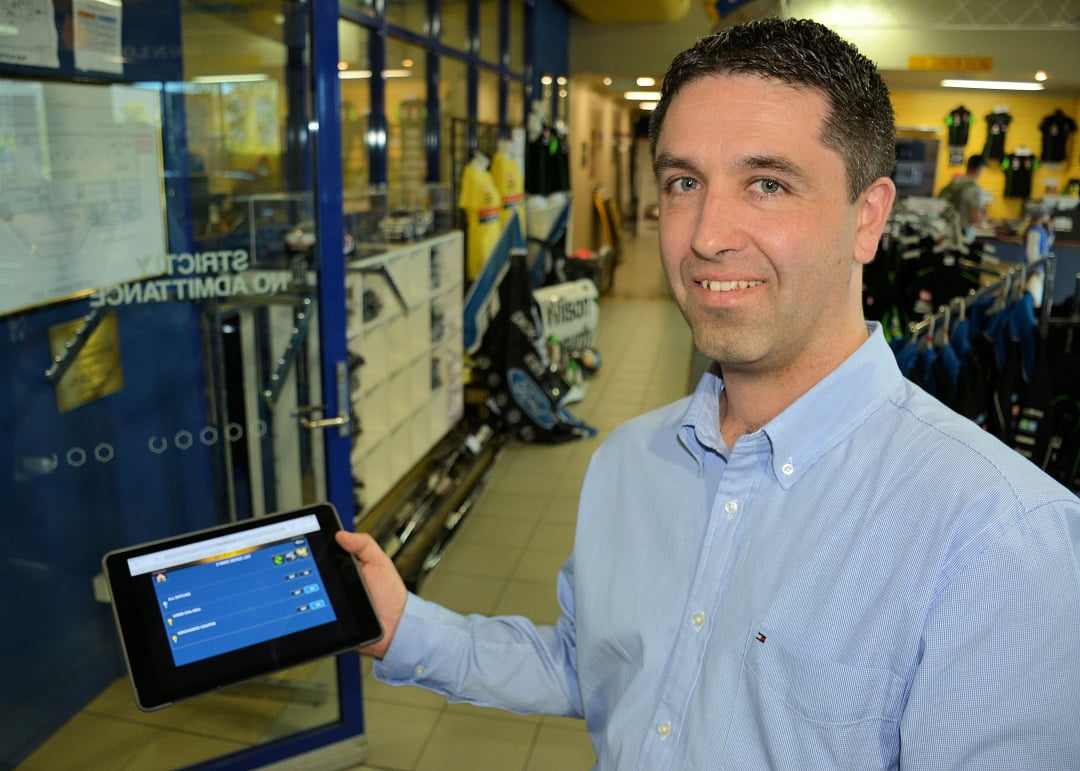 According to Honeywell’s John Gellel, automation is certainly being asked for not only by installers but at a number of different levels of the market.

“Developers see the advantage of making properties more saleable by pre-installing automation systems, while end users also believe an automation system will add value to their home,” he explains. “Users also look forward to the convenience and control automation offers them in their everyday lives, as well as the utter coolness and fun!” ♦