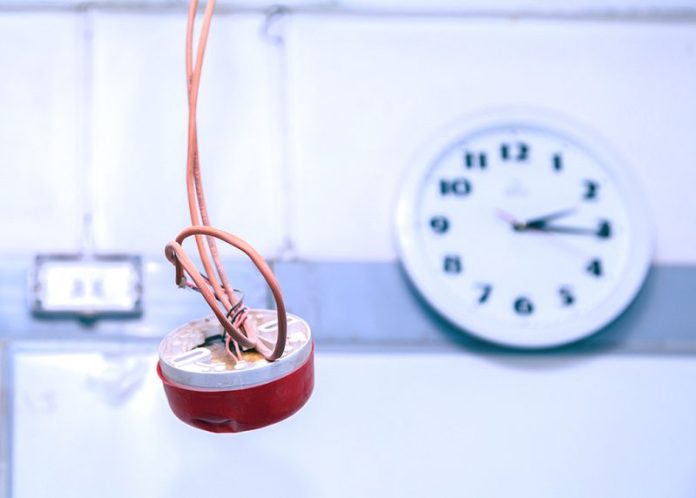 Looking at the figures for the professional security industry, which is something I do every year (yes I do buy one of those industry reports) it would be impossible to fail to notice how quickly the market is contracting. It is a shadow of what it once was. Are we looking at the decline of security as we know it?

It’s a worrying trend. It’s also something that the smart money recognised some time ago, either divesting of interests in pure security organisations or taking advantage of the slow down to buy businesses with lots of contracts but little profit. But why is security as a market suffering? It isn’t difficult to find the reasons. I mentioned some of them a while ago.

Firstly, there is now a lack of adequately trained sales engineers. By that, I mean engineers who know what the best installation should look like. The ideal locations for cameras, the installation of the right type of detectors and the ability to engineer a solution are all glaring examples of poor and ill-thought out design. Ours is an industry requiring technical sales, not just sales. Above all, it is making a system that does what it is supposed to do. Protect.

This failure to continue to accurately define what a security system is and should be doing is why the door opened to everyone. Electricians, IT, FM they all ‘do security’. Insurance once insisted on standards and approvals. Not anymore. They would make the same payout if an electrician installed the system as an accredited installer. So, no reason to insist on one over another.

There is entirely no reason to be accredited if your market is home or small business. Why? Because no one bothers to explain the difference between a professionally designed and installed intruder alarm and a DIY system. No one cares to tell homeowners that CCTV for CCTV sake is pointless (please don’t ask me why, I might get angry) and I include ‘crime prevention’ in that comment.

All but 2 of the UK Police forces will respond to a call to a CCTV-generated alarm from an uncontrolled ARC, so what is the point of the Police policy? And how dare they not? If I detect people on my property, I expect a response, it is what I pay for. On the one occasion I did call them they attended more quickly than they ever did to my intruder alarm – let’s face it, 15 years and no real events yet once or twice a year it activated.

There are lots of complaints by engineers about how difficult the sales process is, yet they fail to see that the problem is in the mirror and for precisely for the reasons I’ve made. We don’t provide end users information about why having a properly engineered system is essential because we’ve let our standards drop to the lowest common denominator. A lack of industry-wide marketing fails to tell the public what they need to know. We are professionals at what we do but we have an inherent herding instinct.

I see detectors of the wrong type everywhere still. Even in places installed by supposed professionals and that should have been inspected. That is outrageous in today’s world. An over-reliance on double knock (2 sensors must activate to generate an alarm event) and a failure to adapt signalling methods written in the 1980s is fast killing the once dominant intruder alarm. With optical or ionisation smoke sensor there are different detection methods with almost directly opposing thresholds- yet, all are installed as smoke detectors. The lack of Fire Engineers has already cost lives, and more will follow until addressed.

Video surveillance is no better. The rule of threes does not apply in CCTV, yet it is the most commonly adopted framing method for cameras. I see this every day on almost all CCTV installation. At the same time, the inverse square law is hardly ever considered when defining a security profile. I could go on. But I won’t, take it from me that there are more than 100 rules for electronic security installations that were once the key but are now ignored. And let’s not talk about ISO.

In my spare time, I act as an investigator for a couple of insurance companies. Nothing serious, just what my gut feeling is about a claim. Over the last few years these have become less sophisticated responses. It is now much less likely to be a loss driven by some smart bad guy but more one of time (intruders are damn quick nowadays), poor layout (seen by the bad guys) and use of the wrong detectors.

I can give 4 real-world examples. Actual losses from the last year – 2 of which mean legal claims against the installers. The first is a high-value car protected in a domestic garage and monitored by CCTV. It was nearly 5 minutes between activation and action by the control room. Eighty seconds between the trigger and the first alarm transmission received. A smart car owner thrashed out the timings from the DVR and the control room. He won his case.

The second a warehouse holding £3Mn in car parts. The wrong detectors enabled the fire to gain hold before they triggered an alarm event. Simple mistake, yet destructive for the company concerned. The installation company took the marketing material from an importer at face value, and the M&E contractor denies liability. There is a critical time difference between detection rates on optical and ionisation, often minutes.

The third instance is a burglary, and this one is a disgrace – no other words for it. Control equipment installed in the entry zone and one detector of the double-knock type. A new installation in an empty building. The sensor blocked by subsequent shelf installation allowing the burglars to enter and disable the alarm by a physical attack. The facility commissioned the day the branch opened to much fanfare, a sales engineer in attendance. Over 50 of the same type of installation all for the same customer and all by the same installer.

Finally, an external detection powered by one PSU. The voltage drop over the length of the cable meant that only the nearest detectors could work adequately. The detectors furthest away would go into alarm state regularly, especially when heaters kicked in, creating thousands of false alarms over the 10 years that the system was live. And I suspect this is the main reason why one brand of external detector gained such a poor, undeserved, reputation.

Recently, the Guardian and Telegraph newspapers were saying that the writing was on the wall for the traditional intruder alarm in domestic property. I tend to agree. CCTV cameras from Arlo, Blink and Ring are everywhere, along with new non-accredited intruder alarms. None of these is a real solution. CCTV is just a way of recording when and how the property was damaged, and no homeowner is going to be happy with a system that cries wolf too many times. You only need be a member of Ring’s online forum to know this.

Domestic burglar alarms still have the same problems they always did; you can’t arm them when you are in the property, and we love our pets too much. It’s a short hop from there to the hundreds of thousands of small businesses and shops that form the backbone of our business. Maybe it’s time we worried less about the silly things and more about getting end users informed and getting the basics right. Otherwise – poof – and there will be no such thing as a security engineer.

*Christopher Berry is non-executive chairman at Initsys PSIM and VMS for professionals based in the UK.