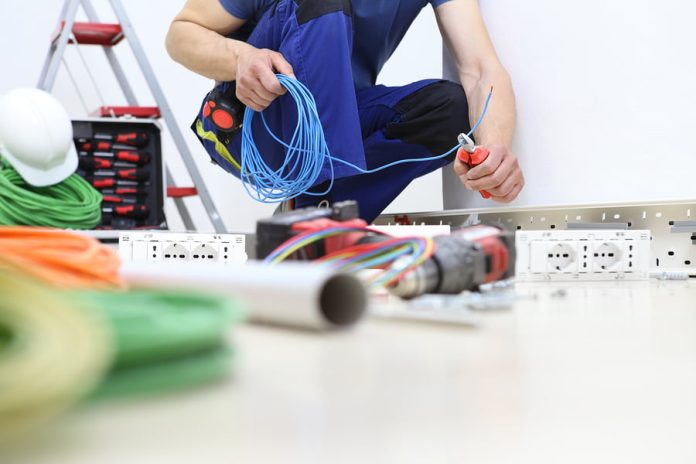 We were interested to read about cable rollers in SEN recently – what would you recommend in the way of Network Cable Pulling Tools & Techniques?

A: Pulling heavy conductors through restrictive conduit, especially if there are many corners in the cable run, is tough. In modern networked environments things are easier thanks to relatively shorter cable runs to remote networking cabinets using comparatively light Cat-6 but in complex environments even moving a bundle of 5-10 cables without causing damage can pose challenges.

To make network cable pulling easier, there are tools and techniques that can help. Bands can also be employed to splice conductors together during the pulling operation. Also important are feeding sheaves – rollers that mount on the cable conduit and guide cable through it by keeping the least possible angle between the lips of the conduit and the wiring spool you’re feeding from – this sounds much easier than it is.

Depending on the nature of the installation, attaching a wax-based lube spreader between the wire grip and the cable being pulled can facilitate an easier installation when multiple cables are being pulled. Meanwhile, grips allow solid purchase to be made on a cable run whether it’s going to be pulled by hand or using a light winch.

It’s likely you’d use light duty pulling grips or splicing grips in most network cable pulling applications, rather than the big K-type grips required for multi-conductor surveillance installations using coaxial cable. When pulling network cable make sure then are no bends with a radius of less than 2.5 centimetres – around an inch. Don’t use tension greater than about 12kg in the pull.

If you can walk the cable along with many hands and place it in the tray, that’s better. If you are tempted to use a lubricant with Cat-5 cables don’t use oil-based lubricants – they’ll damage cable jackets.