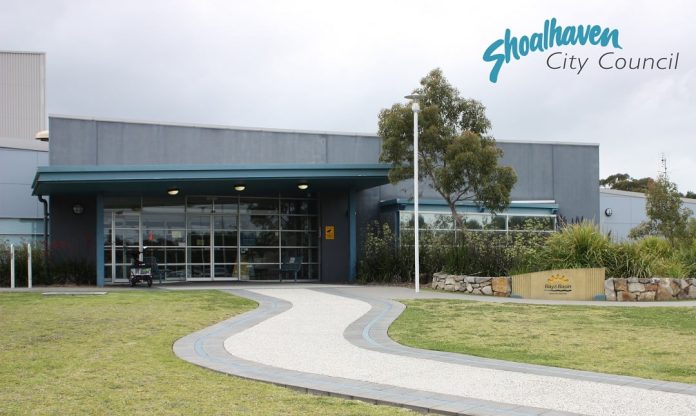 Shoalhaven Council has installed a Panasonic video surveillance solution comprising more than 100 IP cameras, including internal and external dome cameras, outdoor box cameras and PTZs, as well as NVRs, across 10 sites to enhance security and safety of assets, council staff and the public.

SHOALHAVEN City, located on the south coast of New South Wales 160 kilometres south of the Sydney CBD, is rolling out a new surveillance system to protect key assets and the current and future needs of the Shoalhaven community. Shoalhaven City Council secured funding for its new CCTV system upgrade in 2017, voting $300,000 towards the project, and partnering with Panasonic after it was unable to find a solution that met operational goals within budget via a tender process.

Director corporate and community and current acting general manager, Craig Milburn, said prior to the work beginning the upgraded solution would include new cameras, software and hardware and optic fibre links.

“There has not been a major upgrade of the system since it was installed (in 2010),” Milburn said. “Technology has obviously improved in that time.”

For asset protection, Shoalhaven Council has increased the capabilities, quality, and reliability of its video surveillance systems by moving from analogue technology at key sites, to Panasonic IP cameras that provide high-quality image capture, backed by network video recorders for high-volume data recording. Simple internet cable installation makes it fast to get systems up and running.

“Previously we had fewer analogue cameras requiring more maintenance – with IP, not only is the visual quality a huge step up, but we have more cameras and less maintenance, which frees us up for other important tasks,” says Stuart Dryburgh, communication technician, Shoalhaven City Council.

With the costs of data storage and the associated burden on network traffic an important consideration when expanding a surveillance network, the council is benefiting from installing network video recorders for local storage on large sites.
This allows Shoalhaven City Council to cost-effectively meet Environmental Protection Agency requirements at locations such as the Ulladulla Waste Depot, where vehicle and weighbridge information must be backed up for 12 months once collected.

“Where our analogue systems could only store around three weeks of footage, we can now store 44 terabytes and about 500 days of 24/7 recording,” Dryburgh says.

Shoalhaven Council has also begun transitioning to H.265 high data compression technology as it updates its sites. At the Bay and Basin Leisure Centre in Vincentia, H.265 cameras provide the crisp imaging and fast motion detection needed for monitoring around the clock in the 24-hour gym facility, while the built-in smart technology compresses images to reduce the load on storage infrastructure. IP cameras are also installed throughout the aquatic centre to provide a secure environment for customers, with two 6-terabyte video recorders allowing retrieval of any footage that needs to be reviewed by police or other authorities.

Dryburgh said that feedback from staff at the centre had been very positive.

“When we first started putting in the IP cameras, management saw the difference, and were keen to have the technology throughout,” he says. “The older cameras could miss important vision – particularly with motion – but now they can see the site much more clearly and have 24-hour backup.”

“We’re pleased to be able to support Shoalhaven City Council with reliable, future-proof security solutions as they work to ensure that services and infrastructure continue to meet the needs of the local community,” says Ranjit Sohoni, product marketing manager, security systems at Panasonic Australia.

Supporting the installation was BGWT, Panasonic’s distributor in Australia, which contributed pre-commissioning and other expertise.