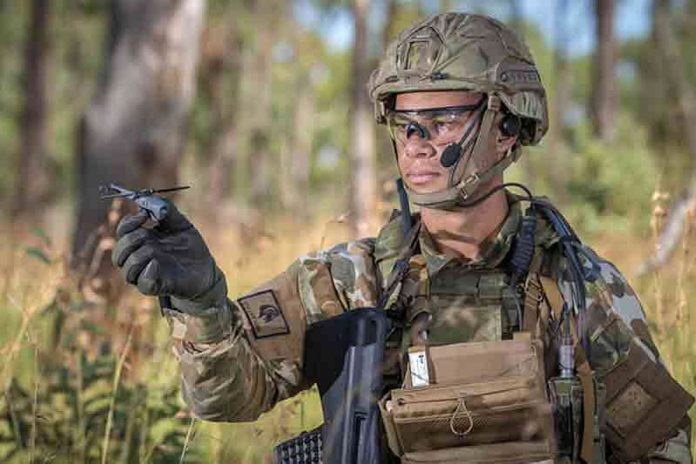 DEPARTMENT of Defence – CASG is on the hunt for an unmanned aerial system (UAS) detection device that can be carried and deployed by forward ground troops.

“A dismounted patrol is moving on foot in tight formation,” explains DoD in a possible scenario. “One of the patrol members carries a personal UAS detection alarm. This indicates to the soldier when commercial or military UAS have been detected close to their proximity and provides early warning for the patrol to seek cover prior to being compromised by the UAS.

“The UAS Detector provides the Force Element with instant situational awareness of the presence of civilian and military drones within the detection area.”

The Australian Army is the largest user of nano UAS in the world and operates several types, ranging from the nano-sized reconnaissance Black Hornet to larger systems such as the Shadow 200, which has a 9-hour flight time and FLIR thermal sensors.

The Australian Army is also the first defence force in the world to proliferate the technology to conventional forces at combat platoon level. The ability to detect the nano drones of adversaries will add considerable operational capability.

“The issue of the Black Hornet Nano UAS to our soldiers is an exciting example of adopting tactical robotic technology,” Brig Coyle said.

The tender for a mobile UAS detection system closes March 8, 2019.