Automation Driving Security – But Where? 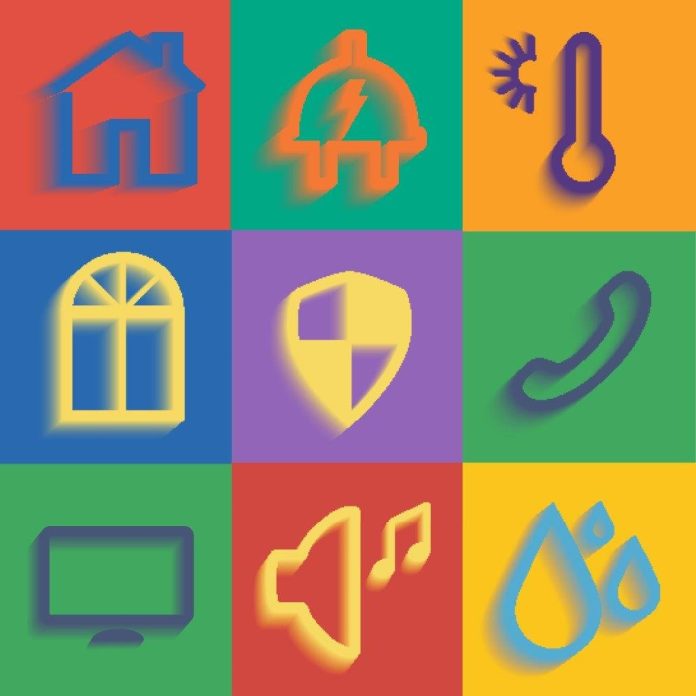 A recent study suggests homeowners like the idea of automation and consider safety and security monitoring to be automation’s central role. But they have their own ideas about installation and monitoring.

LOWE’S 2014 Smart Home Survey reveals a majority of residents are favour the idea of smart homes. But some contradictory findings include that while around 50 per cent prefer do-it-yourself solutions, 62 per cent believe home automation solutions are most beneficial for real time monitoring of safety and security. At the same time, nearly 30 per cent of home owners want domestic access control solutions they can control remotely from smart devices or workstations.

The report found that 56 per cent of residents felt upfront costs and fees were a significant purchasing consideration (31 per cent monthly fee, 26 per cent up-front cost), with considerations like ease of use being 13 per cent and security coming in at 11 per cent.

“In general, residents feel positively toward products that will make their homes safer, more energy efficient and easier to manage,” said Kevin Meagher, Lowe’s vice president and general manager. “It is added evidence that the smart home and Internet of Things are here to stay.”

In addition to citing overall cost as the most important factor in the purchasing decision of smart home products, residents are more than twice as likely to prefer a DIY solution without a monthly fee over a professional installed/monitored system with a monthly service fee (50 per cent versus 21 per cent). That’s a concern for the industry.

While around 40 per cent say a benefit of owning a smart home would be to cut costs and save money on energy bills a majority of 62 per cent rank real time security and home monitoring as the most beneficial reason to own an automation solution. Overall convenience comes in at third place (35 per cent), and protection from floods, fire and other disasters (29 per cent) ranks fourth.

Residents aged 65 and older (24 per cent) are more than twice as likely as those aged 18-64 (11 per cent) to name ease-of-use as the most important factor in smart home product purchase consideration. One-third (36 per cent) of all responders and most smartphone or tablet owners (70 per cent), wish they could control something in their home from their mobile device without getting out of bed. Humorously, an automatic meal machine ranked second in this option question (19 per cent), followed by a flying suit (16 per cent).

In order of importance, those who own a smartphone or tablet want to adjust the thermostat (44 per cent), turn on the lights (39 per cent) or start the coffee pot (27 per cent) before getting out of bed. Nearly half wish their home was the perfect temperature when they arrived home. Other popular wishes include the lights being on (37 per cent) and doors being unlocked (27 per cent). 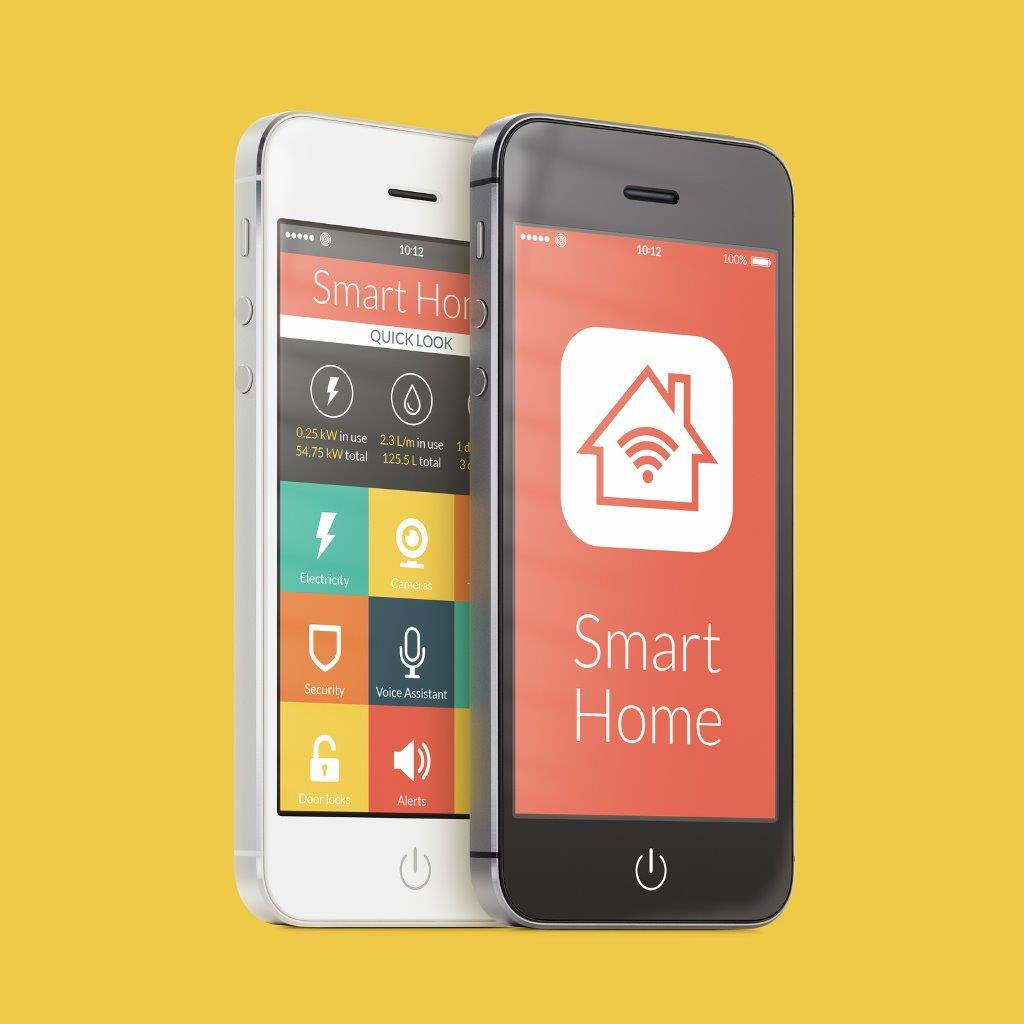 The top 3 things residents wish they could control before they arrive home are actually the same 3 things they’re most likely to forget to do before leaving the house: turn off the lights (18 per cent), adjust the thermostat (15 per cent) and lock the door (5 per cent).

"Residents feel positively toward products that will make their homes safer, more energy efficient and easier to manage"

Data like this is useful as a reflection of where the future is going to go based on what buyers actually want. But the way residents want to interact with their home automation and security solutions is something alarm installers and monitoring companies need to get their heads around. There’s no doubt that this area of the data unsheathes a double-edged sword.

Residents seem to want to pay very little upfront and in ongoing fees, yet they want something that has an intrinsic cost that they rate relatively highly – live safety and security monitoring. And curiously, they believe the best way to get this unlikely dichotomy of value and low cost is to install a system and monitor it by themselves. And the owners of smart phones and tablets seem to be the most demanding of all in this regard. They are used to being connected, they are comfortable interacting with technology and they want to extend that connection into other parts of their lives.

Clearly, residents cannot self-monitor a home 24-hours and 365 days a year. Incidents may occur that incapacitate the homeowner when on-site. There are also times when people don’t want to be bothered carrying and monitoring smart devices. And very often for part of every day, it’s inappropriate or impossible for them to do so.

Nevertheless, the data argues that a key for alarm installers and monitoring companies is ensuring residents are able interact with their security and automation systems, while at the same time ensuring those systems are simultaneously professionally monitored.

For installers, the answer is going to be offering very clever technology at reasonably sharp prices with sales hooks based on the delivery of genuine services self-monitoring cannot match. I was speaking with ASIAL’s GM John Fleming recently and he confirmed ASIAL is in discussions with Australian police departments about the possibility of police response to video verified alarm events.

Fleming said the process was national and was necessarily slow, given the variations between state laws. This seems to me to be an excellent initiative we should all support, a differentiator that no DIY solution could ever approach that would also have a real impact on levels of house crime.

There’s no question that the flow of technology towards automation is taking place at multiple levels. Some are familiar, others are unexpected. Something that caught my attention during the month was research published in the International Journal of Web-Based Communities.

"As systems are made more capable by video and audio analytics, security systems might communicate with each other about events in their neighbourhood and respond"

Writing in the International Journal of Web Based Communities, computer scientists Bruno Cabral, Cibele Vasconcelos and Cássio Prazeres of the Federal University of Bahia, in Brazil, recognize that as the internet of things evolves, there is the potential to bring together this connected world and to use it to enhance and make more efficient the use of devices, including automation and security solutions.

The researchers suggest that in some circumstances and for many applications, automation devices might interact through the infrastructures of social networks without real time human input. Online tools such as IFTTT, (IF this, THEN that), already allows users to connect web applications, smart phones, online social networks and a range of cloud services and networked devices, including lighting, heating security and outputs that could drive additional devices.

This sounds whacky but bear with me for a moment. The concept hypothesises interconnected automation devices that follow social media, including news reports and weather reports. If a cold snap is forecast, the automation system might warm the house. If forecasts predict a hot day, the system might cool the house and/or adjust sun shades.

Should a particular crime take place in your locality, a connected home might activate an unarmed security system. If residents were asleep at the time, it might arm the perimeter at night, or waken residents using an audible tone. In the event of local bushfire reports, the system could activate specialised watering systems and/or waken residents allowing them to assess the situation and undertake bushfire procedures. If a traffic route was flooded the system would alert residents.

And in the future, as systems are made more capable by video and audio analytics, security systems might communicate with each other based on confirmed events in their neighbourhoods and respond as groups. This response could include locking doors after gunshots, passing on smoke sensor, carbon monoxide or open pool gate activations to neighbours.

An IVA event might jump-start real time perimeter video recording, the collective arming of perimeters, the summoning of emergency services and the activation of tones alerting residents to a local threat. And if one home has its communications cut or suffers network component failure, it might pass tamper reports to multiple neighbouring systems using Wi-Fi as a form of local wireless mesh.

These speculations might sound like security and automation will pass out of the hands of electronic security people and into the hands of machine intelligence but that’s not so. Instead, electronic security solutions are going to become much bigger, more powerful and more connected, than we ever thought they could be. In this connected world, secure and redundant uptime will be king.